Iran Rejects “Improper” Conditions Set by US for JCPOA 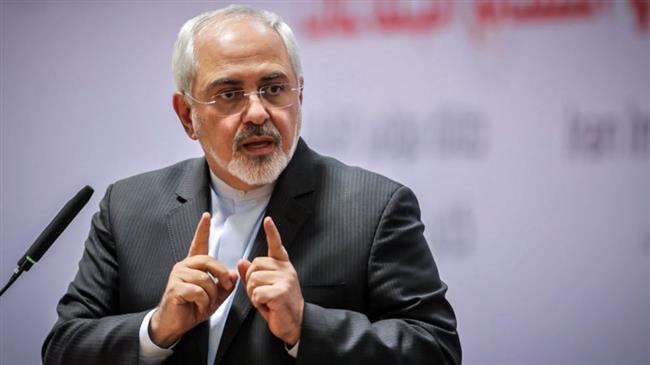 Iranian Foreign Minister Mohammad Javad Zarif has rejected as "improper" the conditions set by the United States for upholding the 2015 multilateral nuclear agreement, urging Washington to immediately fulfill its commitments under the deal.

“A party to a multilateral agreement cannot set conditions for the deal. They [the Americans] have previously set some conditions that were improper. Their new conditions are improper as well,” Zarif told reporters in Tehran on Saturday.

The Washington Post on Friday quoted a senior official with the US President Donald Trump’s administration involved in developing his Iran policy as saying, “The president laid out six major areas where he wanted the Europeans to work with the United States to put together a united front on demanding that the Iranians alter their behavior.”

According to the daily, Trump had earlier also demanded not only that non-nuclear issues be addressed but also that the deal itself be altered to eliminate sunset clauses for some of the restrictions it places on Iran, to harden the inspection rules and to limit development of long-range missiles the US claims could be used to deliver nuclear payloads.

In reaction to the conditions, Zarif said the US is using such demands as a diversionary tactic to evade accountability for its failure to fully honor its commitments under the JCPOA.

“The US sets conditions that the international community completely knows none of them can even be considered,” the top Iranian diplomat added.

“What is now necessary is that the international community must receive an assurance that the US is fulfilling its commitments to preserve the rights of the Islamic Republic as a side that has remained committed to its undertakings. This is our current problem,” the Iranian foreign minister pointed out.

Trump has repeatedly described the JCPOA, which was negotiated under his predecessor, Barack Obama, as “the worst and most one-sided transaction Washington has ever entered into,” a characterization he often used during his presidential campaign, and threatened to tear it up.

Trump on January 12 reluctantly agreed to waive sanctions against Iran that were lifted as part of the landmark deal, but said it would be the last time he issued such a waiver unless conditions were met.

The US president said he wanted America’s European allies to use the 120-day period before sanctions relief again came up for renewal to agree to tougher measures and new conditions, otherwise Washington would pull out of the deal.

The French Foreign Ministry on Monday stressed the importance of the strict implementation of the landmark nuclear agreement, saying it would hold more talks with its European and US allies on the Iranian nuclear program.

The ministry reaffirmed France’s commitment to the nuclear agreement, saying, “The French position on the Iran nuclear deal is known. As the President of the Republic (Emmanuel Macron) has said, we reaffirm our full attachment to the global action plan and its strict implementation.”

Since the JCPOA Implementation Day in January 2016, the International Atomic Energy Agency (IAEA) has been monitoring Iran’s compliance with its nuclear-related commitments under the nuclear deal and has consistently verified the Islamic Republic’s compliance.

In its latest report on Thursday, the IAEA once again confirmed that Iran was living up to its commitments under the JCPOA.

The UN nuclear agency said the Islamic Republic was sticking to the deal’s key parameters such as the number of uranium centrifuges and stockpiles.