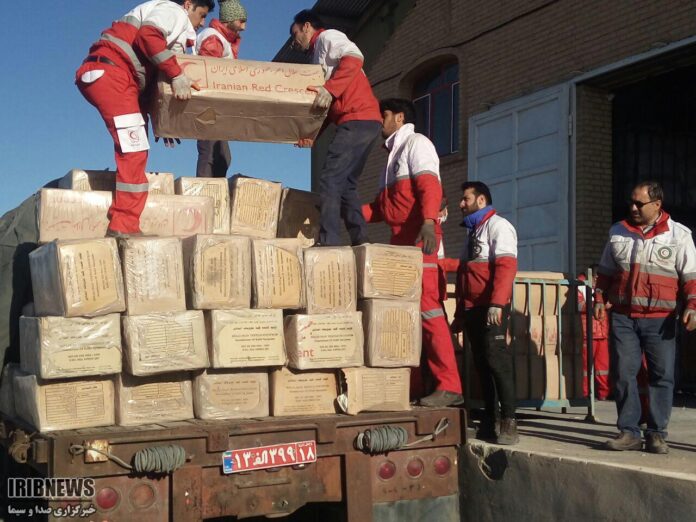 A deputy director of Iran’s Red Crescent Society has been fired due to his negligence in providing relief assistance to the earthquake-hit people in western Kermanshah province.

Senior Red Crescent official Abolqasem Gorji has been dismissed for what is reported to be his negligence in providing relief and aid for the quake-hit people of Kermanshah.

The Iranian Red Crescent Society has issued a statement to clarify his dismissal. Here is the text of the statement published by Shargh daily:

“After the earthquake in Kermanshah and despite the cold weather in the region, about 50,000 heaters were distributed among people by the Red Crescent Society. The kerosene needed for these heaters had to be supplied by the Ministry of Oil, and it was carried out during the first days of assistance. However, due to the widespread effects of the earthquake and the busy roads to the villages being located in dispersed areas, some problems were created in the process of fuel distribution. At this point, the Society decided to provide electric heaters to alleviate the suffering of people who were stricken. After consultations with the officials of electricity organization, it turned out that the electricity distribution network does not have the capacity to support heaters with over 1,000-watt power in all households of the area. The President of the Red Crescent Society issued an order to immediately purchase heaters with a maximum power of 1,000 watts, but despite the emphasis, heaters which needed a higher amount of electricity were purchased. Following this, Abolqasem Gorji was dismissed. Basically, the Red Crescent Society is not tasked with providing heaters in accordance with the relief protocols, and it merely intended to provide the affected people with soemthing to use in that situation until fuel would be supplied by the Oil Ministry. However, negligence was not accepted under any circumstances and; therefore, this deputy was dismissed.”

This as some experts and media believe that the decision to fire a high-ranking official proves how the Red Crescent Society is serious about taking care of the tasks it is responsible for. They said it also shows that the welfare of people is the first priority for the Society.

The Red Crescent Society of the Islamic Republic of Iran (IRCS) is one of the world’s largest national societies within the International Federation of Red Cross and is famous for its special expertise in responding to earthquakes.

Since its launch, the IRCS has participated in a variety of public activities. Its core activity is to perform relief and rescue operations to help victims and the injured in natural disasters and accidents. It also engages in a wide range of humanitarian services in health, rehabilitation, training and research.

IRCS is an example of strong national societies that play an important role domestically, and is held in high esteem by the Iranian general public.

IRCS has 30 governorate headquarters, one in each province of Iran, and over 300 branches throughout the country.

Following the strong earthquake that caused widespread devastation in the border regions of Iran and Iraq on November 12, volunteers from Iran’s Red Crescent Society have been providing assistance in searching for victims and conducting rescue operations.

Iran’s province of Kermanshah was the most affected area by magnitude 7.3 quake, with Sarpol-e Zahab city being the hardest-hit. The earthquake was felt as far away as the United Arab Emirates with over 500 people killed and thousands injured.