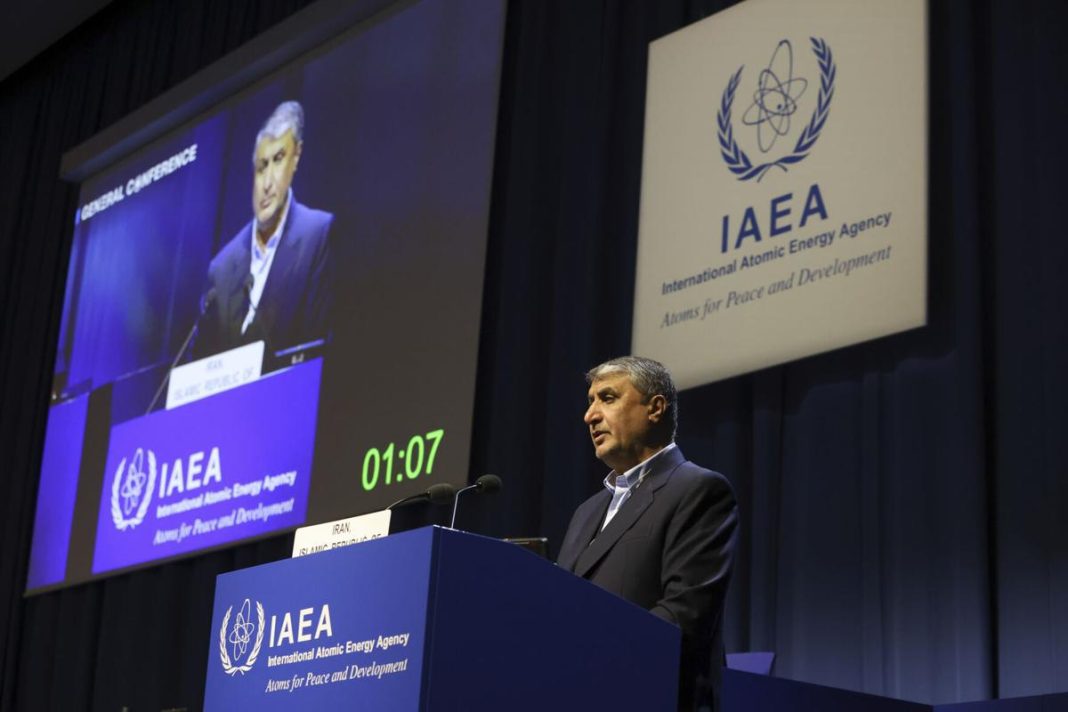 Director of the Atomic Energy Organization of Iran Mohammad Eslami has strongly denied allegations that undeclared nuclear activities or material existed in the country.

Speaking during an address to the 66th Regular Session of the General Conference of the International Atomic Energy Agency (IAEA) in Vienna on Monday, Eslami said, “There are no undeclared nuclear activities or material in Iran…all these accusations are based on false information provided by the Zionist regime.”

He added that Iran has always been for full implementation of the Non-Proliferation Treaty (NPT) and the Safeguards Agreements.

The AEOI’s director noted that the agency must avoid relying on unfounded information from unreliable sources.

Eslami further warned about dangerous consequences of Israel’s acts of sabotage against Iran’s peaceful nuclear facilities and its assassination of Iranian scientists, saying such moves are not only meant to destroy Iran’s nuclear program but are also aimed at eliminating the prospect of any political solution to the dispute over the matter.

Eslami added that the IAEA must give a firm response to these crimes.

The AEOI’s director stressed that the Zionist regime pressured the US to withdraw from 2015 nuclear agreement, JCPOA, calling Washington’s move “a grave mistake”.

Eslami underlined that the Islamic Republic will return to full compliance with its commitments under the JCPOA if illegal US sanctions are removed and baseless accusations against Tehran are withdrawn.