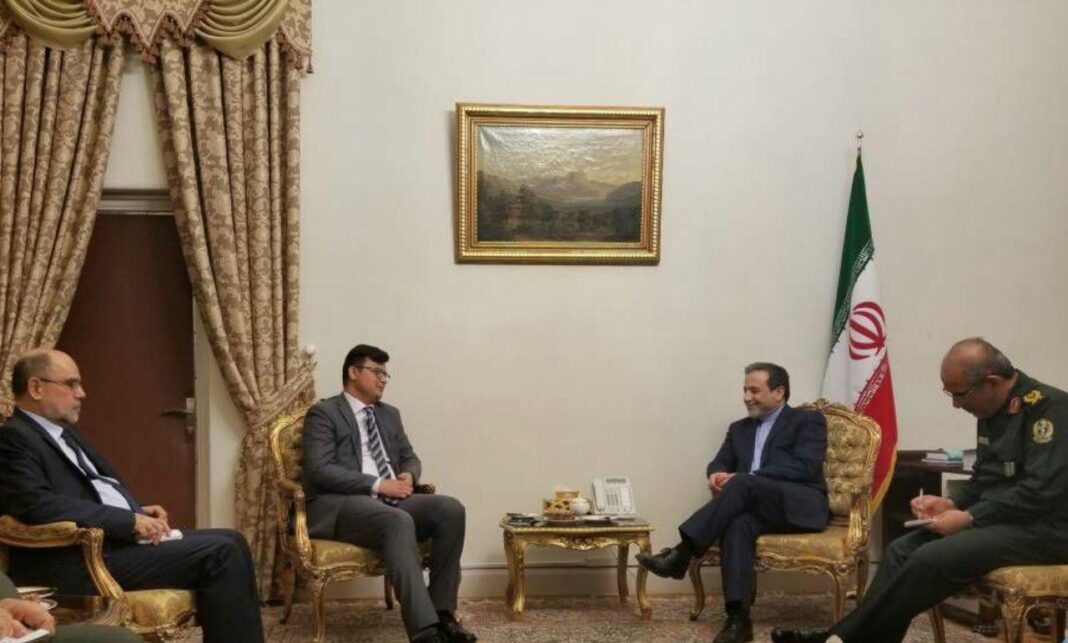 The top Afghan official who is heading a delegation said his trip to Tehran is aimed at preparing the ground for an upcoming visit to Iran by Afghanistan’s new defence minister next April and to open a new chapter in mutual cooperation in the defence sector.

In the Wednesday meeting, the Afghan official appreciated Iran’s stances on the peace process in Afghanistan and stressed the importance of cooperation between the neighbouring countries to help peace efforts come to fruition.

He emphasized that friendship with Iran is very important to his country and will not be eclipsed by relations with any other country because Kabul regards its ties with Tehran as independent of any other relations.

Araqchi, in turn, praised the Afghan president’s prudence in opening a new chapter in defence cooperation between the two countries.

Given the commonalities and deep-rooted and brotherly bonds between the two nations, he said, peace, stability and security in both countries are interrelated.

He noted that Iran believes its relations with Afghanistan are not affected by ties with other countries. He referred to common threats facing the two nations, especially terrorism, and emphasized the necessity of closer bilateral cooperation in order to counter threats. He also expressed that partnership between the two sides will gradually lead to closer cooperation at higher levels.

Last week, Afghan President Ashraf Ghani called on the Taliban militant group to join peace talks “without preconditions,” even as he called on the outfit to accept the rule of law.

The president made the offer at the start of the second Kabul Process Conference attended by officials from around 25 countries in the capital, Kabul.

He said a framework for peace talks had to be created, with the Taliban recognized as a legitimate group.

“We are making this offer without preconditions in order to lead to a peace agreement,” Ghani said. “We will consider the Taliban’s view in the peace talks.”