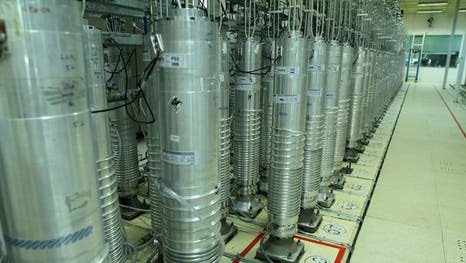 Head of the Atomic Energy Organisation of Iran (AEOI) Ali Akbar Salehi has confirmed that the country’s nuclear scientists produced the first batch of 60-percent enriched uranium at Natanz facility.

Speaking to Tasnim on Friday, Salehi confirmed what Parliament Speaker Mohammad Baqer Qalibaf had announced in a tweet earlier in the day.
“Uranium enrichment at 60% purity level is underway at Natanz facility,” Salehi said.

The Iranian nuclear chief said the details will be announced in a few hours.

Qalibaf had earlier said, “I am proud to announce that at 00:40 last night … young and pious Iranian scientists were able to obtain a 60% enriched uranium product.”

“We congratulate the brave people of the Islamic Iran on this success; the will of the Iranian people is miraculous and will thwart any conspiracy.”

The announcement came days after Iran informed the International Atomic Energy Agency (IAEA) of a plan to start 60-percent uranium enrichment, following an act of sabotage against the Natanz nuclear facility, which Iran called “nuclear terrorism”.