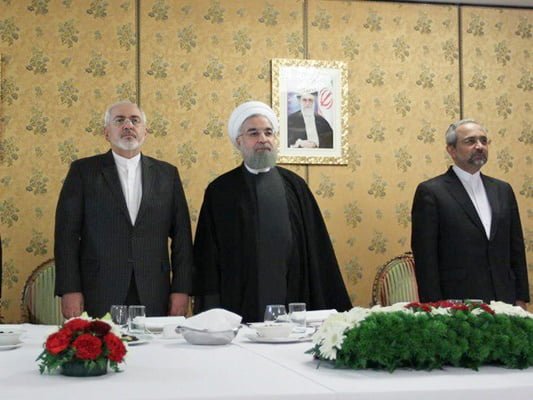 Iranian President Hassan Rouhani's Office has denied the allegation that he had secret meetings with some US legislators back in 2013.

Iran’s Presidential Office has dismissed as baseless and sheer lies the claim that three US lawmakers secretly met and attended a dinner banquet with President Rouhani during his trip to New York in 2013.

“President Rouhani has numerous programs with political elites, [members of] think tanks, scholars of religious communities, and reporters during his annual visits to New York and the headquarters of the UN, and several dignitaries from inside or outside the United States take part in those meetings,” said Parviz Esmaili, the president’s deputy chief of staff for communications and information dissemination.

According to a Farsi report by Al-Alam news network, he added, “All the meetings and talks were announced [publicly] and no meetings were held secretly.”

He said a meeting attended by Islamic scholars and leaders of the Muslim community of the United States was held in 2013, and added all the news and images of the event were published at the time and are available at the president’s website.

“Each year when the president goes to the United Nations, numerous meetings are held with different ideological and political groups in line with public diplomacy and in order to send Iran’s messages and shed light on principles of the Islamic Republic of Iran’s foreign policy. Many of them are held in plenary sessions and many officials participate,” he said.

He reiterated the allegation that President Rouhani had a secret meeting or dinner with American legislators is a sheer lie, and added, “Basically, when the president is on a visit to the UN headquarters, he only attends the dinner and intimate meeting with Iranian expats in the US.”

The president’s deputy chief of staff asked local media to remain vigilant and check the authenticity of such allegations with relevant authorities.

“Our country’s media are expected to trust official authorities in the country before relying on foreign news sources or trying to prove their claims,” he stressed.

Earlier, a news agency quoting Wall Street Journal published news suggesting three members of the US Congress had a secret dinner meeting with President Rouhani back in 2013.