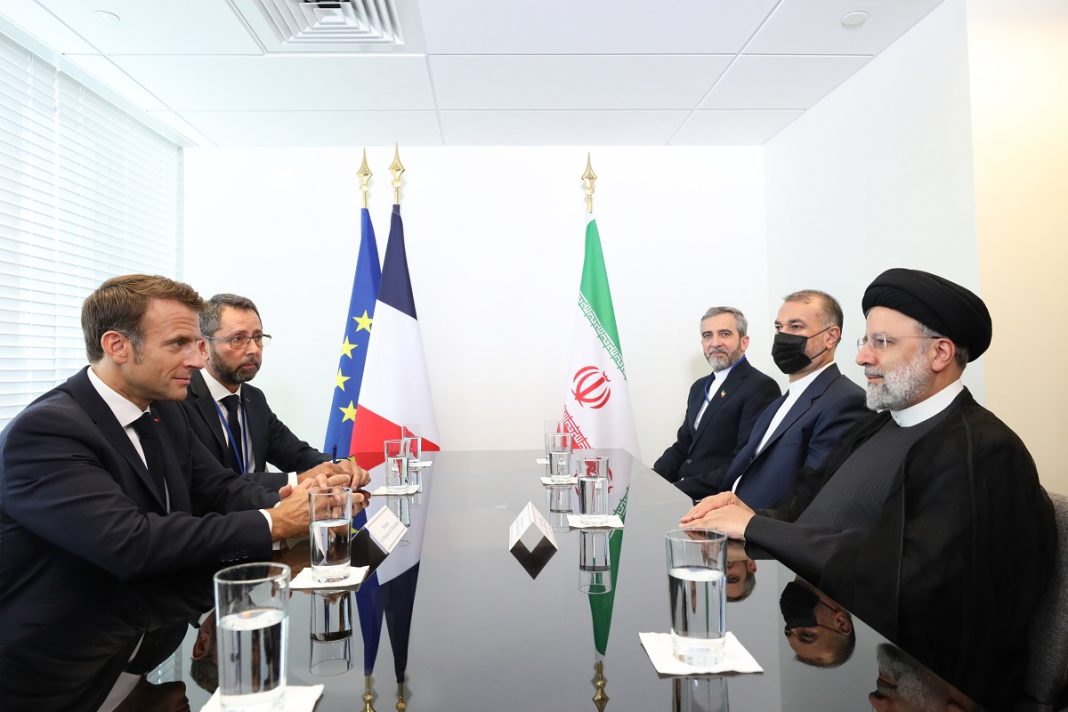 Iranian President Ebrahim Raisi has told his French counterpart that Tehran is ready for a fair and lasting deal with the P4+1 to revive the 2015 nuclear agreement, noting such a deal is contingent upon the closure of the safeguards cases against Iran.

President Raisi made the comments in a meeting with Emanuel Macron on the sidelines of the 77th meeting of the UN General Assembly in New York.

The Iranian president further referred to the US’s unilateral pullout from the Iran nuclear deal, JCPOA, and Washington’s violation of its commitments under the deal as well as Europe’s inaction.

President Raisi said reaching a new deal requires receiving assurances on the side of the US.

Raisi said given the US’s withdrawal from the nuclear deal and its dire consequences, Iran has a legitimate right to demand guarantees.

The president also said Iran’s IAEA cases are another serious obstacle to a deal, adding that the agency’s approach must be purely technical not political.

Raisi said Iran believes without closing the IAEA cases, a deal is impossible.

He described the resolution of the IAEA board of governors against Iran in the middle of the JCPOA revival talks as unconstructive.

The president stressed that Iran’s regional activities are meant to strengthen peace and security and France owes security during its elections to Iran’s anti-terrorism campaign. Macron for his part admitted that it was the US in the first place that created this mess by quitting the JCPOA unilaterally.

He also acknowledged Europe’s inaction in the face of the US’s move.

The French president however said it is necessary to make progress in the JCPOA revival talks.

Macron underlined that the IAEA and Iran are able to resolve their differences through cooperation and that the West won’t exert any pressure on the agency in this regard.

He also said Iran and France can expand their cooperation in economic and regional fields.