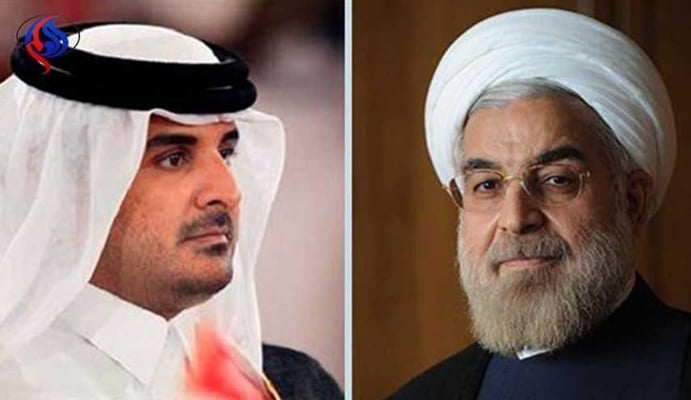 Iranian President Hassan Rouhani and Qatari Emir have strongly blasted the US embassy relocation and the Israeli regime’s killing of Palestinians.

In a Thursday phone conversation with Sheikh Tamim bin Hamad Al Thani, Rouhani described as “provocative” the US government’s relocation of its embassy from Tel Aviv to Jerusalem al-Quds.

The president also dismissed the Israeli regime’s killing of innocent Palestinians as a criminal act and regrettable for the international community.

He also touched upon an extraordinary meeting of the Organization of Islamic Cooperation (OIC) in Istanbul, saying, “In this meeting, Islamic countries should give a proper response to this tyranny and major crime.”

He further noted that he is pleased to see most world countries have condemned the United States’ unilateral withdrawal from the Iran nuclear deal.

President Rouhani said Trump’s pullout from the JCPOA will not be in the interests of the US and other signatories to the deal.

The president also congratulated the Qatari nation and government on the arrival of the holy month of Ramadan.

“The Islamic Republic of Iran regards the blockade on the Qatari government and nation as an inappropriate and unfair move, and welcomes the promotion of cooperation and relations with Qatar as a friendly country and a neighbor,” said President Rouhani.

Rouhani noted that there is no way to settle differences other than dialogue, adding, “Iran always stands ready for talks with the Persian Gulf countries on regional issues, but unfortunately, some countries think they should choose a path other than negotiations.”

Sheikh Tamim, in turn, congratulated the Iranian nation and government on the arrival of the holy month of Ramadan.

He touched upon the cordial relations between Doha and Tehran in different areas and praised the constructive positions adopted by Iran vis-à-vis the Qatar crisis, calling for all-out enhancement of ties between the two sides.

The Qatari Emir denounced the US government’s relocation of its embassy to al-Quds as well as the Israeli regime’s blockade of Gaza and killing of Palestinian people.

He said the OIC summit would be an ideal opportunity for consultations and talks on regional issues and problems.

He also referred the recent tension created against Iran, saying Iran is a powerful country in the region, and his country believes international issues and differences should be resolved only through dialogue.