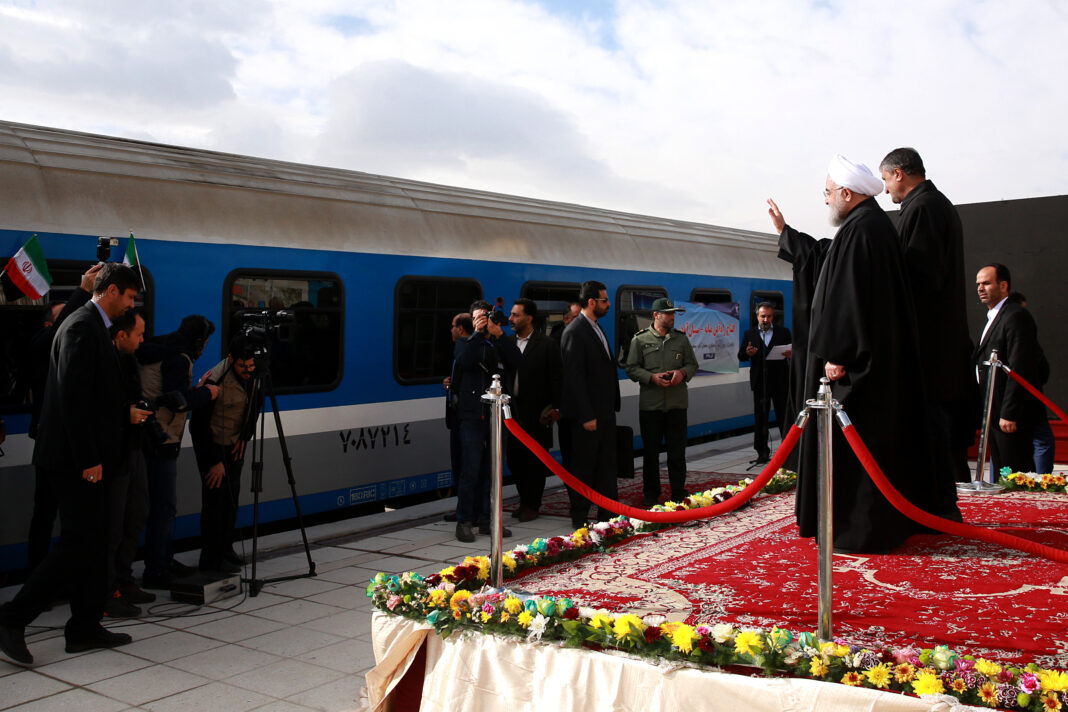 The railway is 132km long and has been constructed at a cost of 5 trillion rials beginning from Mianeh Station and running to Bostan Abad Station, passing through Torkamanchay and Tikmeh Dash towns.

The key railway opened by Rouhani is expected to significantly boost international transportation through the Iranian corridors.

The first passenger train of Bostan Abad Station departed for Mashhad with 159 passengers including the families of martyrs and war veterans of the city of Bostan Abad.

The railway is part of a longer line connecting Mianeh to Tabriz, the metropolitan capital of East Azarbaijan and a major business and industry hub in the vicinity of Turkey and the South Caucasus.

The new Mianeh-Tabriz railway would shorten the train travel between the Iranian capital Tehran and Tabriz by 114 kilometers while it would hugely facilitate transport between east and northwest of Iran.

Authorities said construction for the remaining part of the railway, a 42-kilometer line from Bostanabad to Tabriz, would conclude after March 2020.

Plans for construction of the Mianeh-Tabriz railway, dubbed the “missing link” in the Iranian rail network, began 18 year ago when the government at the time sought to drastically shorten travel time between Tehran and Tabriz, currently Iran’s sixth largest city.

Once finished, the railway would hugely boost cargo transportation from eastern Iran to Azerbaijan and Turkey and to the continental Europe.

Iran’s railway network has expanded rapidly over the past decade with four new provincial capitals in mostly mountainous regions connected to the network over the past six years.

Government authorities said recently that the average track-laying work across the country had increased from 120 kilometers a year in 2013 to more than 180 kilometers in 2017.