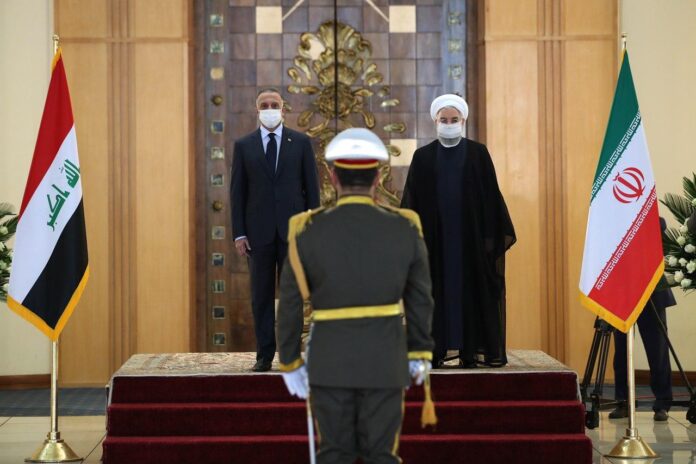 Iranian President Hassan Rouhani has officially received Iraqi Prime Minister Mustafa al-Kadhimi, who is in Tehran at the head of a high-ranking delegation.

The high-ranking Iranian and Iraqi delegations also discuss the most important regional and international issues.

In his first foreign trip since taking office, PM Al-Kadhimi is being accompanied by Iraqi ministers of foreign affairs, oil, electricity, finance, defence, health, and his national security advisor. 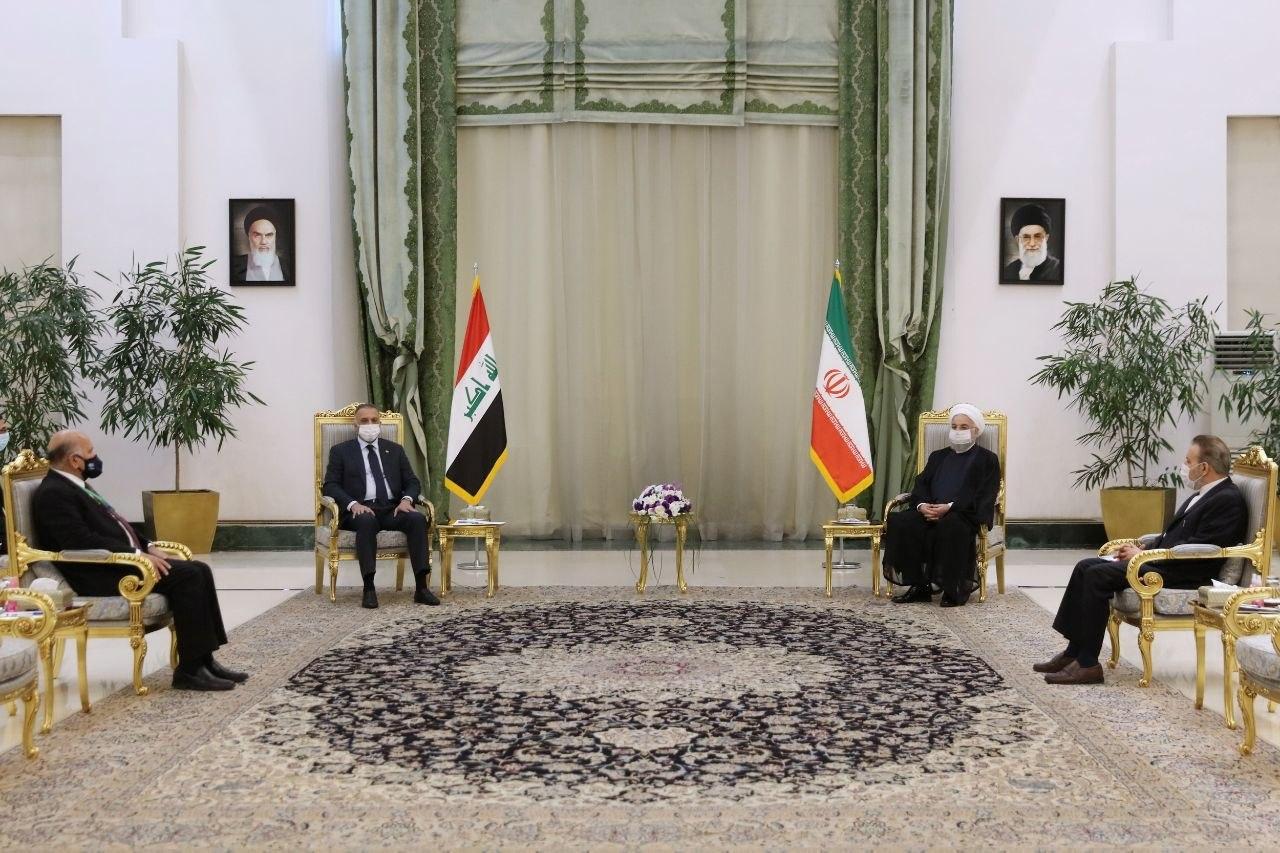 During his stay in Tehran, the Iraqi prime minister will also meet with Leader of the Islamic Revolution Ayatollah Seyyed Ali Khamenei and Parliament Speaker Mohammad Baqer Qalibaf.