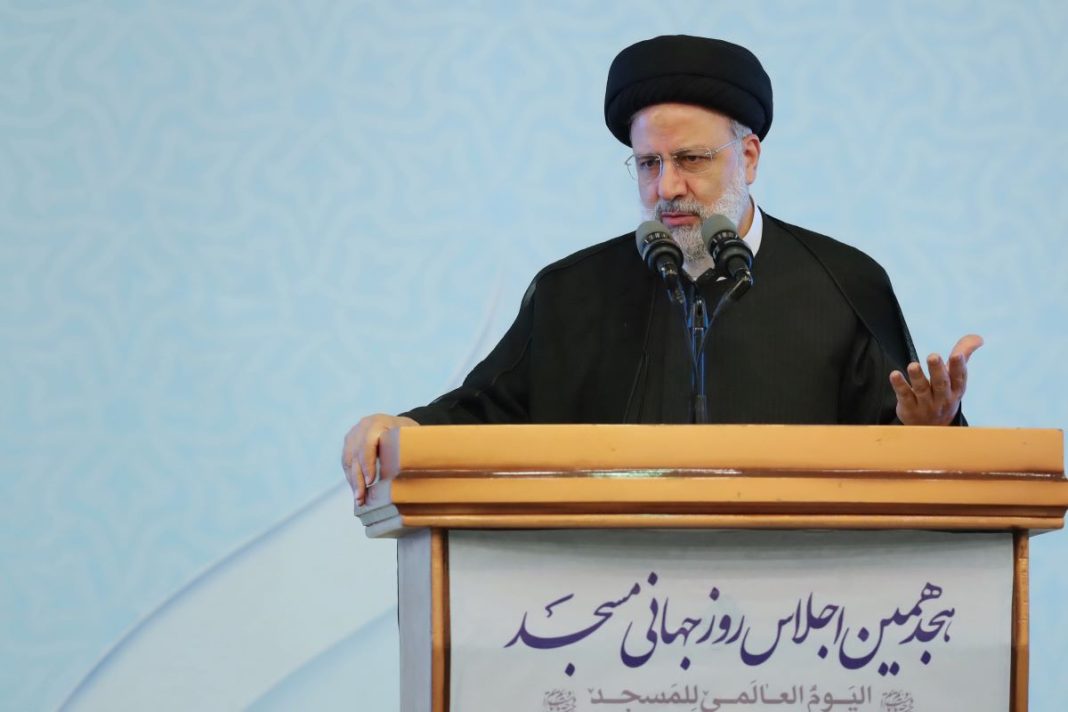 Iran’s President Ebrahim Raisi says his administration will not retreat an iota from the rights of the Iranian people in any talks with foreigners. President Raisi was speaking at a meeting that marked the International Day of Mosques.

He said that his administration will press ahead with its efforts forcefully to resolve problems and pave the way for Iran’s progress.

“We will not tie people’s livelihoods to external factors and will diligently push for the resolution of the country and people’s problems”, the president underlined.

Raisi said that the administration will continue working strongly despite the sanctions and threats, adding that given Iran’s capacities and possibilities, the country’s future is bright.

The president also said, “This is the war of wills and the Iranian people are determined to overcome their enemies and God the Almighty will definitely help them in this way”.

President Raisi said the most important component of Iran’s clout is the presence of the people in the arena.

The president further spoke about his administration’s efforts over the past year to contain the Covid pandemic, expand its neighborliness policy, balance the foreign policy of Iran, boost foreign trade, increase the strategic reserves of basic goods and make Iran self-sufficient.

He said the government took long strides in protecting the lives and health of people and also managed to stimulate economic growth without borrowing from the Central Bank of Iran and push for increased investment in national megaprojects.