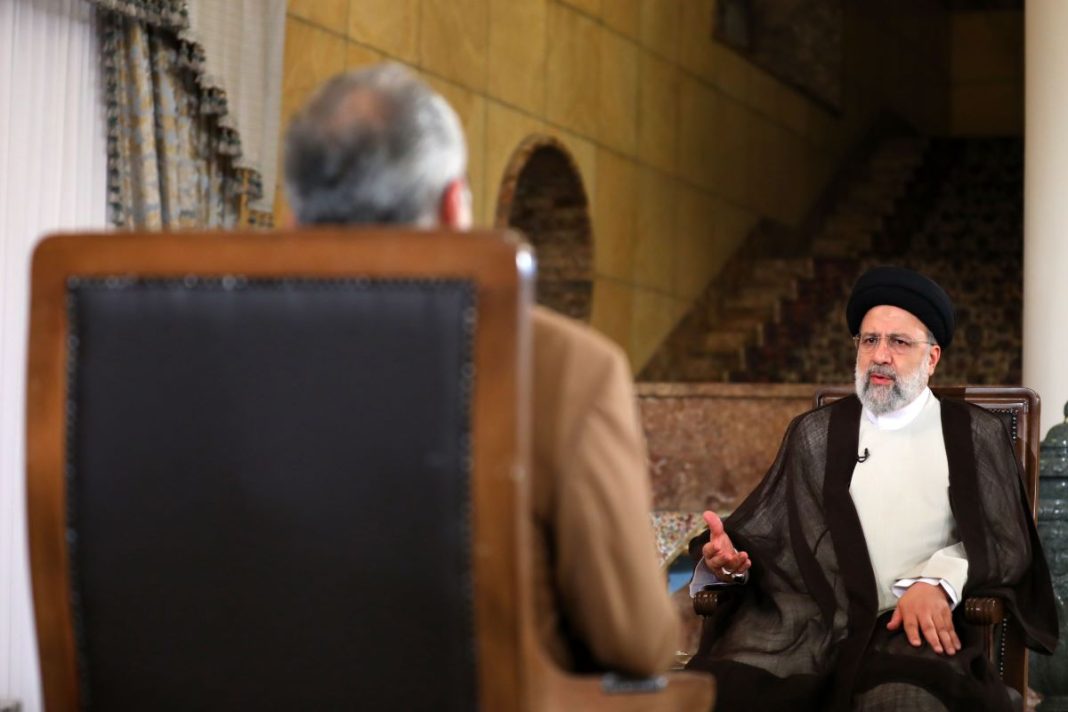 President Ebrahim Raisi of Iran says the death of a young Iranian woman in police custody two weeks ago was a tragic incident that saddened the nation, but warned against opportunistic behaviors to cause upheaval in the country.

In a live interview with Iran’s IRIB on Wednesday night, President Raisi said voicing objection in the country is within the legal framework but the border between protest and riot should be defined, stressing that “the government’s red line is our people’s security.”

Protests in Iran after the death of Mahsa Amini in morality police custody over her “unacceptable clothing” have left scores of people, including security forces, dead, as well as hundreds more injured or arrested.

President Raisi blamed ‘foreign enemies’ for the unrest, saying they have targeted the national unity in Iran by pitting different groups of people against each other.

The president also noted that he has ordered an investigation into Amini’s death, adding that the forensic report on her death will be released within days.

Iran’s recently-approved membership in the Shanghai Cooperation Organisation (SCO) was another topic discussed in the televised interview, with the president describing his meetings with heads of regional countries in the Uzbek city of Samarkand as “successful and in line with the development of neighborhood policy.”

He stated that Iran’s SCO membership gets the country hooked up to Asia’s economic infrastructure and stressed that the security and trade bloc plays a significant role in the world’s economy.

As for Iran’s ties with Russia and China, two giant members of the SCO, President Raisi said Tehran’s cooperation with both countries will continue to grow, adding Iran’s economic transactions with Russia have been bolstered by 80 percent since his recent visit to Moscow.

President Raeisi also touched on negotiations to salvage Iran’s 2015 nuclear deal with the major powers in the world, reiterating a ‘good and fair’ agreement is within reach if the other parties provide strong guarantees that they will not breach the agreement again, referring to the United States’ 2018 withdrawal from the accord and the Western side’s failure to live up to their commitments.

The Iranian president added Tehran needs strong assurances that it can reap the economic benefits from the deal, known officially as the Joint Comprehensive Plan of Action (JCPOA), and emphasized that safeguards issue should be terminated by the International Atomic Energy Agency (IAEA).

He urged the IAEA to avoid pressures by Israel in order to stop politicizing the Iranian nuclear case.

The Iranian president also said his visit to New York last week where he took part in the 77th annual session of the UN General Assembly was the first visit since the assassination of top anti-terror Iranian commander, Lieutenant General Qassem Soleimani.

President Raisi said perpetrators of the state-sponsored terrorist act should stand trial, otherwise the movement to seek revenge for the iconic Iranian figure will continue.

“By holding up the picture of martyr Qassem Soleimani (at the UNGA session), I wanted to convey the message that he was the champion of the fight against Daesh and terrorism, but was martyred by the US,” he said.