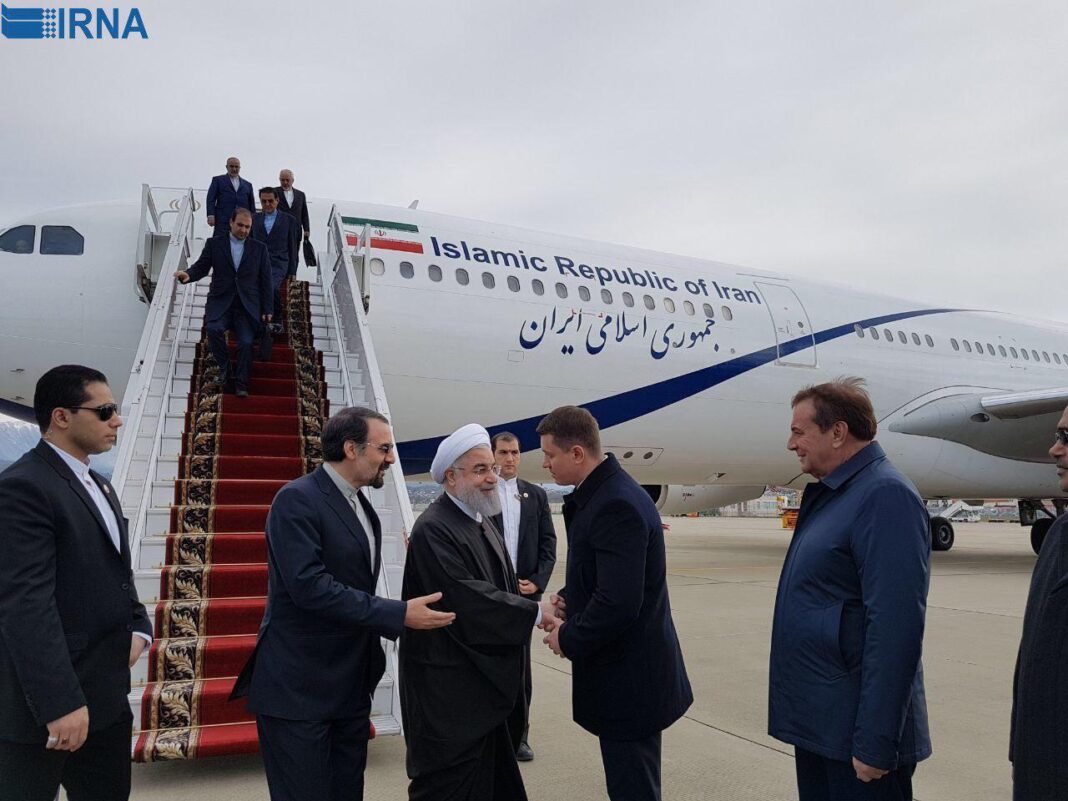 Iranian President Hassan Rouhani has landed in the Russian city of Sochi to attend a trilateral meeting with his Russian and Turkish counterparts on the ongoing conflict in Syria and other regional developments.

Russian President Vladimir Putin will host Rouhani and his Turkish counterpart Recep Tayyip Erdogan for summit talks on Syria at his official residence in the Black Sea resort of Sochi.

The three-way summit comes as Tehran, Moscow and Turkey cooperate with increasing intensity to end the conflict in Syria, even though Ankara officially stands on the opposite side of the conflict.

The three countries are already sponsoring peace talks in the Kazakh capital of Astana and also implementing a plan to establish de-escalation zones in key flashpoint areas of Syria.

The militant-held northwestern province of Idlib, the central province of Homs and the Eastern Ghouta area outside Damascus are the regions which the three countries want to establish as the de-escalation zones.

The talks in Astana have been going on in tandem with another series of talks held in Geneva and brokered by the UN.