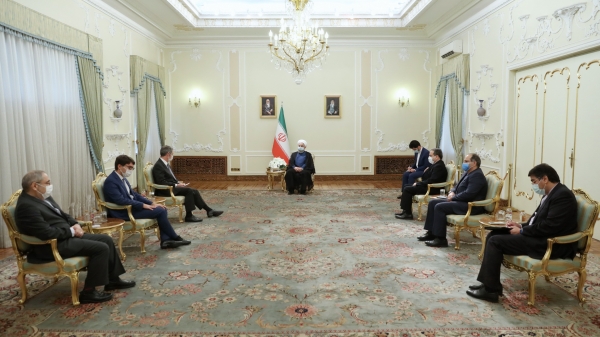 Iran’s president and new Portuguese ambassador have underscored the need to forge closer cooperation on different fronts in defiance of the US sanctions.

“The 500th anniversary of [the establishment of] Iran-Portugal’s historical relations is just around the corner, and we hope relations between the two countries will expand in all areas, especially in the economic domain,” said the president.

He said Iran is keen to work with Portugal in fighting the COVID-19 pandemic, and added exchanging experience in that field can give fresh impetus to efforts aimed at fighting and containing the disease on the world stage.

The top Portuguese diplomat, in turn, said Lisbon would like to further expand its relations with Tehran.

He said he will make every effort to further boost mutual relations in various areas.
He touched upon cultural and literary cooperation between the two countries, expressing hope the Portuguese language seat in Tehran will become operational.