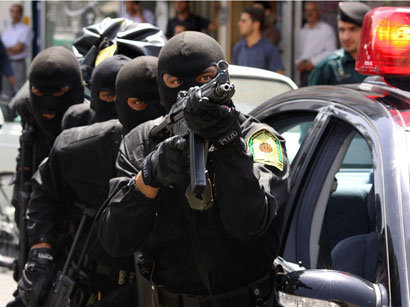 The police of Kerman Province in southeastern Iran confiscated over 900 kg of various illegal drugs.

The prosecutor of Jiroft County in southeastern Kerman Province Hossein Salami reported that a drug trafficking team were apprehended in the south of the province on Wednesday.

“In an intelligence operation on Wednesday, the members of the drugs trafficking group were identified,” Salami added.

The Jiroft prosecutor stated that more than 930 kg of various illegal drugs were confiscated, saying a trafficker was also arrested during the operation.

Furthermore, a residential unit was shut down along with the seizure of a vehicle.

According to him, the drug traffickers intended to transport a consignment of narcotics from the eastern borders of the country and then distribute the drugs throughout the other provinces, but they were arrested before they could carry out their plot.