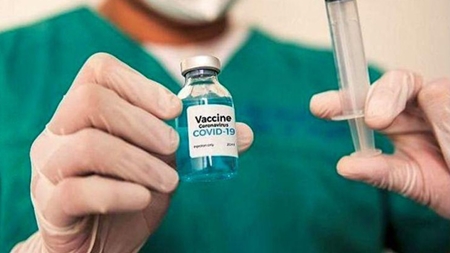 Iran’s health minister says the country is planning to purchase around 18 million doses of vaccine for coronavirus.

Saeed Namaki said Iran is seeking to buy the vaccine from different channels.

“We are pursuing this through three channels. The first one is to buy the vaccine from sources which have been confirmed in the world. We are among countries which can choose which sources to pick,” he said.

“We have chosen four sources to buy the vaccine from, and we are scheduled to buy around 18 million doses of the COVID-19 vaccine,” the health minister noted.

“We are also holding consultations with other vaccine producers in the world, so that we would be able to buy their surplus vaccines,” he said.

“The second method is a model in the form of a joint contract which brings together domestic production and foreign technical know-how,” he said.

“The third model is to rely on domestic know-how and production. Four of our companies presented a report on their performance to the World Health Organization through a webinar,” he noted.

The health minister said the products of two of the four companies will be authorized to enter the “human phase,” so that at least one of them will be able to begin undergoing human phase tests.