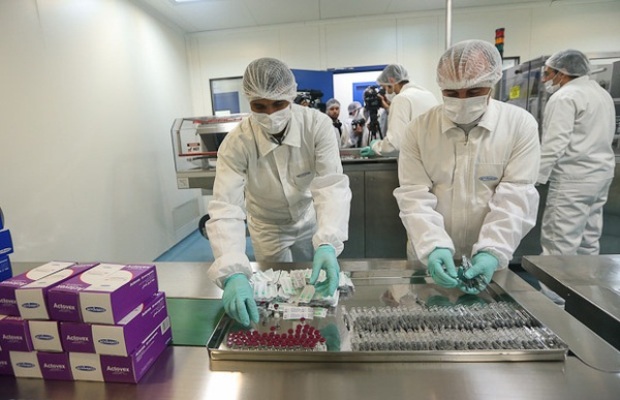 Iranian-made biopharmaceuticals have managed to replace their American counterparts in Russia and take up the country’s entire medicine market.

Iran’s National Elites Foundation says Iranian biomedicines have taken 100 percent of Russia’s market. “The biopharmaceuticals have completely replaced the American ones in Russia,” it said in a statement.

Registration of any type of medicine in any country requires some clinical trials by the officials there. Iranian biomedicines have been going through various clinical trials by Russian-related organizations over the past three years.

Now, two Iranian biopharmaceuticals are being registered in Europe for the first time. In Russia, 5 Iranian pharmaceuticals, including MS medicines, have already been registered. Iran has also exported anti-cancer pharmaceuticals to Russia which are taking the last stages of their registration in the country. Meanwhile, Iran has begun to export its medicines to some regional countries like Iraq and Turkey.

The statement by Iran’s National Elites Foundation added that moving towards a knowledge-based economy and industry is one of the main pillars of achieving objectives of Resistance Economy.

According to a Farsi report by the Mehr News Agency, before the announcement of Resistance Economy policies by the Iranian government, there were only 10 knowledge-based companies in Iran but today the number has reached 3,119 companies.

Iran’s status in innovative and knowledge-based economy has improved significantly compared with previous year. According to official reports, Iran’s rank in this field has promoted from 120 in 2014 reaching 78 in 2016.

Meanwhile, Iran’s rank in knowledge and technology production, market boom and business improvement has raised respectively by 48, 19 and 25 steps.

On the other hand, one of the main indices of raising the economic strength of the country against the global shocks is increasing the number of exported goods with high added value. Most of the knowledge-based productions have double added value.