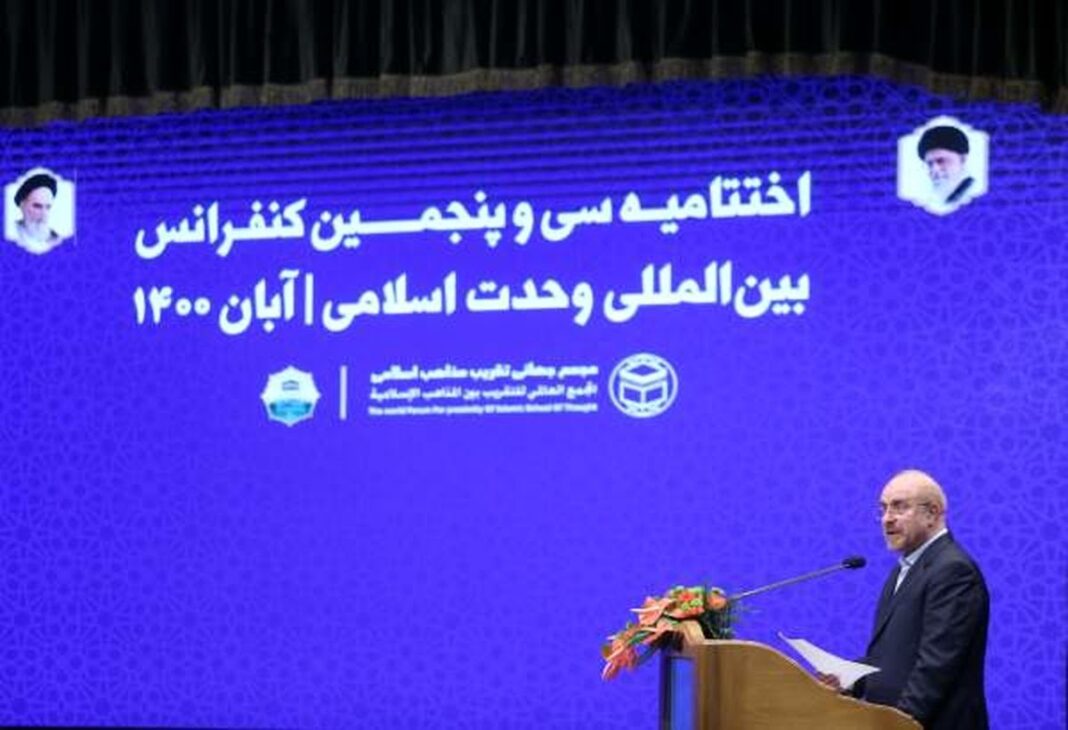 Iranian Parliament Speaker Mohammad Bagher Ghalibaf has warned of a plot hatched by the United States to ignite the flames of war in the region.

“In Afghanistan and throughout the region, these hidden hands are at work to perpetuate insecurity in the region by launching religious wars. The recent crimes in Afghanistan and the extensive plans of the Americans and the Zionists to create chaos and division in Lebanon and Iraq, and to provoke some heads of state in the region are all in this direction,” the Iranian parliament speaker said in the closing ceremony of the 35th International Islamic Unity Conference in Tehran on Saturday.

He said American troops may have apparently withdrawn from the region, but they are still planning to create unrest in this part of the world.

Ghalibaf went on to say that the issue of Palestine has united the Islamic Ummah and formed a united resistance front against the “usurping Zionist regime”.

The Iranian parliament speaker said Israel’s “myth of invincibility” has crumbled because the regime has suffered defeats in several confrontations with popular resistance forces involving Shia and Sunni brothers in Palestine and Lebanon.

The Islamic unity conference, which began on Tuesday, was attended by over 400 Muslim scholars, thinkers and religious leaders from across the world.