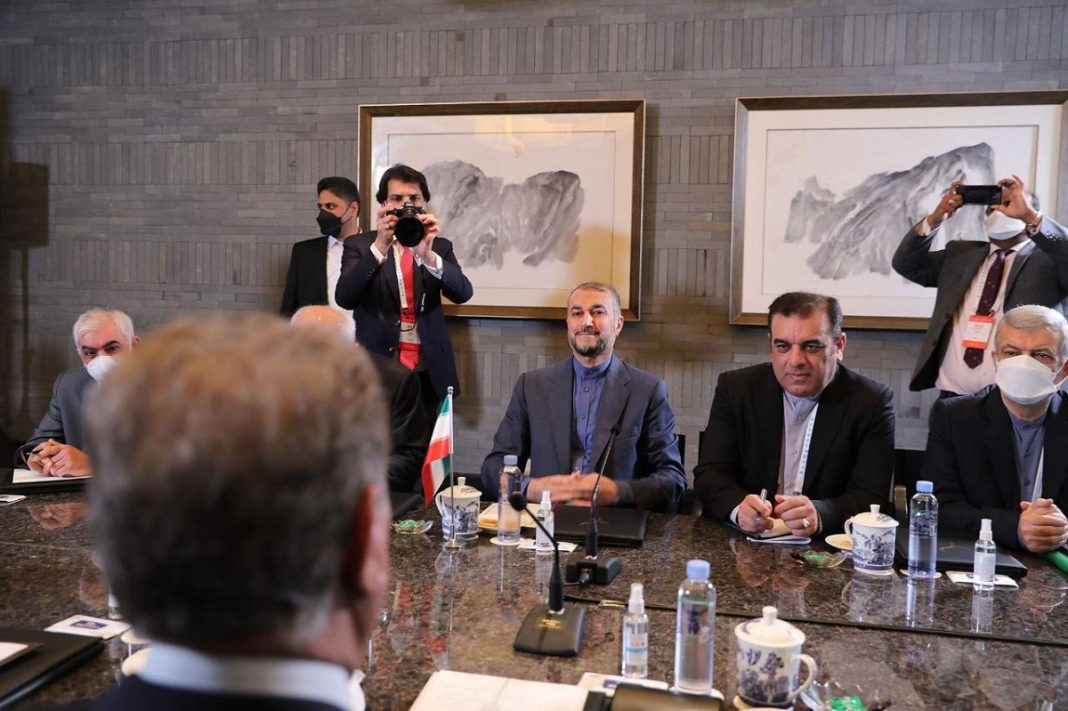 The foreign ministers of Iran and Pakistan have described as frustrating the deprivation of Afghan girls from education.

Hossein Amir Abdollahian and Shah Mahmood Qureshi met and talked on the sidelines of the 3rd Meeting of the Foreign Ministers of Afghanistan’s Neighboring Countries in order to follow up on bilateral issues and exchange views about the developments in Afghanistan and the region.

The two sides welcomed the development of bilateral ties during the meeting and agreed on the holding of highest-level meetings in the current year and the joint commission of economic relations at the earliest.

The foreign ministers also stressed the implementation at the earliest of the agreement on border marketplaces.

During the meeting and in the part related to Afghanistan, the sides, while supporting international cooperation to assist the people of Afghanistan, expressed concern about the slow pace of decision-making that would enhance Afghanistan’s relations with neighbors and uplift the livelihood of the people, and hoped that Afghanistan’s interim rulers would pay due heed to the real needs of the people in all the areas of politics, economy, and society.

The foreign ministers also described as frustrating the depriving of girls from education and said such actions drove a wedge between the Taliban rulers and the people and pushed away international legitimacy.

Amir Abdollahian, while briefing on the latest status of the JCPOA negotiations, said the resolution of the remaining issues hinged on the will of the US side.

The Iranian foreign minister dismissed war as a solution to the problems in Ukraine, and elaborated on the Islamic Republic’s diplomatic efforts to prevent war and help exit the current situation as well as its humanitarian aid to the people of Ukraine, which was met with commendation by the Pakistani side.