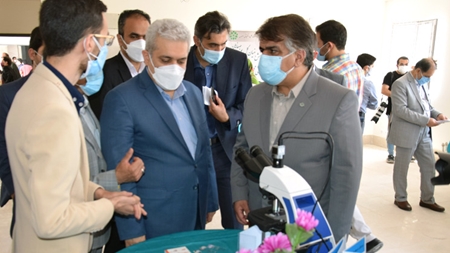 An innovation and creativity centre, part of which is dedicated to the production of innovative home appliances, has opened in the central Iranian province of Isfahan.

The centre was opened by Iranian Vice President for Science and Technology Sorena Sattari.

“The path has opened for creative ideas to enter the household appliances sector,” said the vice president during a ceremony where the centre was inaugurated.

He said now the infrastructure and ground has been prepared to establish an innovation area at the University of Isfahan.

“The existence of a scientific and research township as well as numerus knowledge-based units in this province shows the firm determination of officials and managers in the province to develop the ecosystem for technology and innovation,” he said.

Sattari will also open a chamber for culturing livestock feed belonging to an Iranian company and a fabric production line, and will equip a firm at Isfahan’s Scientific and Research Township.

The provincial Andisheh Technology Tower will also be put into service during the vice president’s visit.