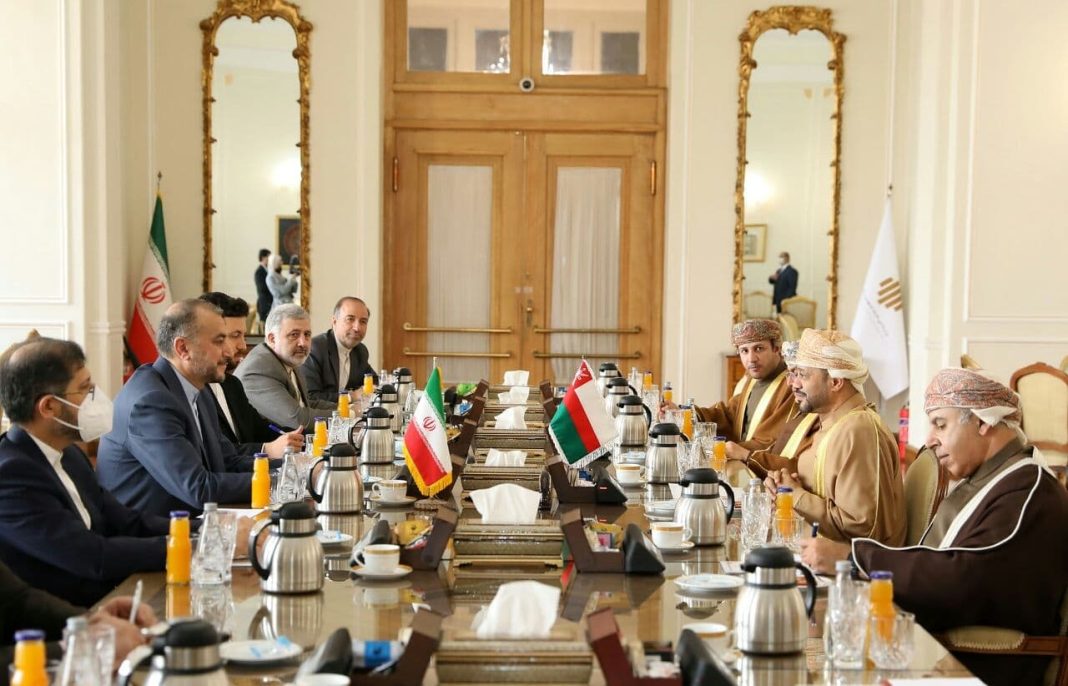 The Iranian and Omani foreign ministers have exchanged views on issues of common interests, including bilateral relations and the talks underway in Vienna on the revival of 2015 nuclear agreement.

Foreign Minister Hossein Amir-Abdollahian of Iran sat down for talks on Wednesday with his Omani opposite number, Sayyid Badr Albusaidi, in Tehran. The two sides later attended a joint press conference.

The top Iranian diplomat said at the presser that ties between the two countries are “on a good track.”

He said economic relations between the two countries have seen a significant growth in recent months, but the two sides agreed to increase interactions to further develop the ties given the great potentials of both countries.

Amir Abdollahian said Muscat had invited President Ebrahim Raisi to visit Oman, a trip that could be a turning point in bilateral ties.

Among other regional issues, the two ministers discussed the Vienna talks, which “have entered a critical and sensitive stage,” he added.

He said “there are a few but highly important issues remaining [for negotiation] in Vienna,” and that Tehran has repeatedly emphasized to the Western parties to the talks that it will not cross its red lines to achieve a deal.

“We have so far received positive messages from the US side, but it has not yet taken any practical measure to prove its good will,” the minister said.

“In general, we are positive about the Vienna talks and hope that the remaining important and sensitive issues will be resolved with the Western side’s realism in the next days to come,” he added.