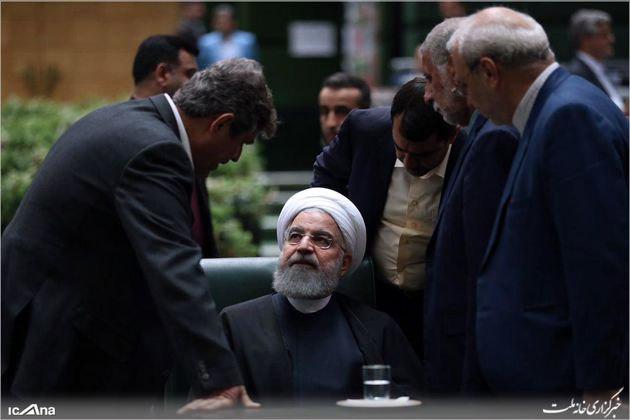 An Iranian conservative lawmaker has lashed out at the Rouhani administration for the time and effort it spent to secure the Iran nuclear deal, saying the attempts made in that regard failed to produce the desired result.

Hossein-Ali Haji-Deligani said in the Parliament that the years of Hassan Rouhani’s presidency spent on reaching a nuclear deal with the West known as the Joint Comprehensive Plan of Action (JCPOA) were a waste of time.

He criticized Rouhani and his administration for failing to get the necessary guarantees from other signatories to the nuclear deal.

The legislator argued that Rouhani had pledged during his election campaign that he would improve the country’s economy, but failed to do so.

The MP said time was wasted, which led to losses for the Iranian nation, and hence, the president should apologize to Iranian people, Khabar Online said in a Sunday report.

The remarks come as Washington’s withdrawal from the JCPOA, and the US’ breach of promises under the deal even before pulling out of it have caused the deal to have no benefits for the Iranian economy and brought about negative social effects such as a rise in the divorce rate, the discontent of patients suffering from hard to treat diseases because of rising drug prices, etc.

This has turned into a lever to pressure Rouhani’s moderate administration today.

The developments have paved the way for Rouhani’s political rivals to accuse him and his reformist associates of naivety and describe him as a person who fell for the West’s ostensibly flexible attitude.

Now, Rouhani’s rivals regard him as a signatory to a deal which was a “win-lose” agreement, not a “win-win” deal as he had promised during his election campaign.

These days, conservatives have the upper hand. Meanwhile, those in the conservative camp and those who believe in “constructive engagement with the world” are waiting for the outcome of intense talks between Tehran and the European Troika, hoping they will be able to extricate themselves from the predicament caused by the US government’s non-compliance with the JCPOA. It seems that the ground is prepared, more than ever before, for conservatives to emerge victorious in forthcoming elections.