Displaying the art pieces of Tehran Museum of Contemporary Art Museum (TMOCA) outside Iran is not on the agenda of Iran’s Culture and Islamic Guidance Ministry, the minister declared.

Minister of Culture and Islamic Guidance Reza Salehi-Amiri rejected as baseless any report on the decision of his ministry to display a number of TMOCA unseen art pieces in galleries outside Iran.

“Since taking office, I have insisted on not sending Tehran Temporary Art Museum’s artworks for public display outside Iran,” he noted.

Back in 2016, under the former Culture and Islamic Guidance Minister, Ali Jannati, a collection of 60 artworks (30 by Iranian and 30 others by foreign artists) from the TMOCA was set to be sent to two exhibitions in Berlin and Rome for public display.

An exhibition was set to open at the Gemäldegalerie in Berlin in November 2016, and at the Maxxi Museum in Rome from March through August 2017.

However, the exhibitions were cancelled after protests by a number of leading Iranian artists as well as a later decision by Salehi-Amiri.

“The exhibitions were canceled due to the legal ambiguity hidden in the agreement, and I proposed that the exhibit be canceled pending further investigation,” said Salehi-Amiri back in February.

The collection spanned French impressionism to American pop art and was celebrated as the most impressive collection of modern art anywhere outside Europe and the US.

Among the paintings due to be displayed was Jackson Pollock’s Mural on Indian Red Ground, estimated to be worth in excess of £200m, and Francis Bacon’s 1968 triptych Two Figures Lying on a Bed with Attendants. Thirty Iranian artworks also due to go on show include works by Faramarz Pilaram, Behjat Sadr and Mohsen Vaziri Moghaddam.

It includes works by Mark Rothko, Pablo Picasso, Vincent Van Gogh, Claude Monet, Paul Gauguin, Henri de Toulouse-Lautrec, Marcel Duchamp and Edgar Degas, many of which have not been seen outside Tehran for four decades. 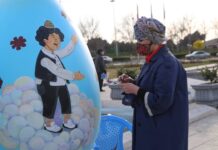 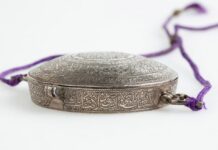