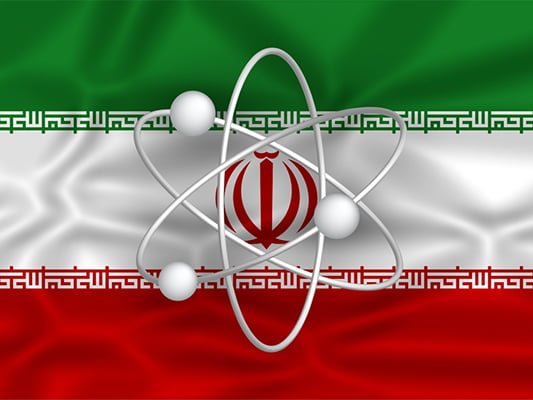 A senior IRGC commander has called on Iranian officials to withdraw the country from the nuclear deal given the other parties’ failure to meet their obligations.

While the IAEA in its tenth report has once again confirmed Iran’s full commitment to its obligations under the nuclear deal, the US and Europe have lagged behind with feeble excuses and cunning, says IRGC Deputy Commander for Political Affairs Brigadier General Rasoul Sanaei-Rad.

What follows is the full text of Sanaei-Rad’s Farsi comment published by Basirat.ir, the website of an IRGC-affiliated think-tank:

Not only have the Westerners failed to fulfil their obligations, but they have deliberately pursued re-negotiation of the deal and follow-up changes that are time-bound by focusing on the missile power and the influence of the Islamic Republic of Iran, he added.

The United States and its allies are struggling to impose permanent restrictions on Iran without fulfilling their obligations, which are actually to meet the interests of Tehran.

Of course, this group of countries strives to show they refrain from violating the deal, but they actually violate its spirit. In fact, they stick to the dead body of the deal as a means to deceive public opinion in Iran, and hold the officials in an uncertain situation for strategic decisions and alternative solutions.

Unfortunately, some European governments have accompanied the foolish Trump in forming a united front against Iran instead of forcing the president of the United States to maintain the credibility of Western diplomacy and respect the nuclear accord.

In their opinion, this foolishness and aggressive gesture of Trump is considered as an opportunity to increase pressure on Iran to repeat the accord in other fields.

In such a situation, it is expected that the government officials decide as soon as possible to dismantle the US and its European allies’ scenarios.

A close look at the game of these states reveals the fact that they are trying to keep their promise and make the society hopeful about the future of the talks and at the same time keep the officials waiting by their repeated empty promises on the basis of their experience of the Cold War and the collapse of the Soviet Union through negotiations.

This is a strategy that postpones the resolution of the society’s problems, and at the same time creates expectations among people whose fulfilment depends on the acceptance of unilateral and oppressive conditions for an unknown timespan.

The officials’ being at a standstill and their inaction leads the society towards a useless anticipation which is beyond people’s tolerance, but can be resolved through public diplomacy and perceptual management to make changes in thoughts and behaviours.

Perhaps the explicit remarks made by the Saudi foreign minister saying that the JCPOA alone would not change the behaviour of the Islamic Republic of Iran would be a reference to the same scenario that reminds one of the experiences of the Cold War.

Interestingly, at that time as well, in order to increase the pressure on the Soviet Union, the US government advanced the policy of declining oil prices in cooperation with Saudi Arabia.

However, as the same scenario is being repeated once again, we must learn from history and never be trapped by doing the following: