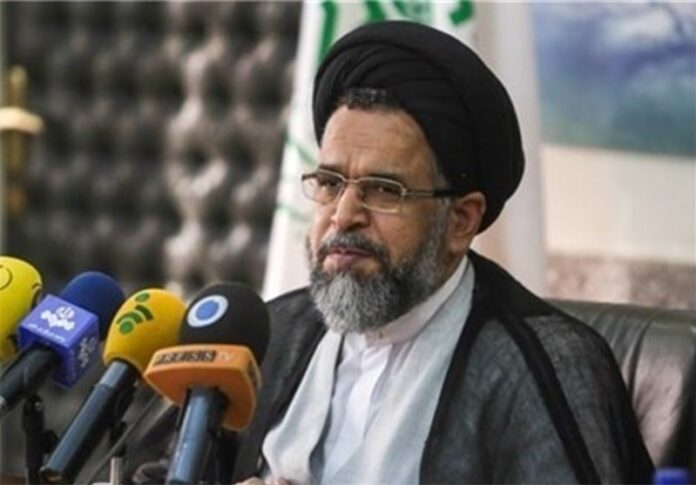 The Intelligence Ministry has foiled plots by Iran’s enemies to create insecurity in the country during the month of Muharram, Alavi said.

Minister of Intelligence Seyyed Mahmoud Alavi said that several terrorist elements have been arrested in different parts of the country in recent days.

Speaking at a press conference in Tehran Tuesday, Alavi said 10 terrorist elements have been captured in the provinces of Golestan, Mazandaran, Tehran, and Sistan and Baluchestan.

Also, 20 terrorists were arrested in border areas before leaving the country for Iraq and Syria, Alavi added.

He also referred to terrorist activities in western parts of the country, including in the city of Dezful and a couple of attacks on police stations in the city of Soosangerd, and said 14 individuals have been arrested in this regard. Alavi said, “These terrorists are sponsored by reactionary regional states.”

He pointed to enemies’ schemes to create insecurity in Iran in Muharram, when Iranian people mourn the martyrdom of the third Shiite Imam Hussein ibn Ali (PBUH), saying that the ministry has managed to foil the plots.

“The country’s unmatched security has somehow humiliated the enemies of Iran,” the minister said.