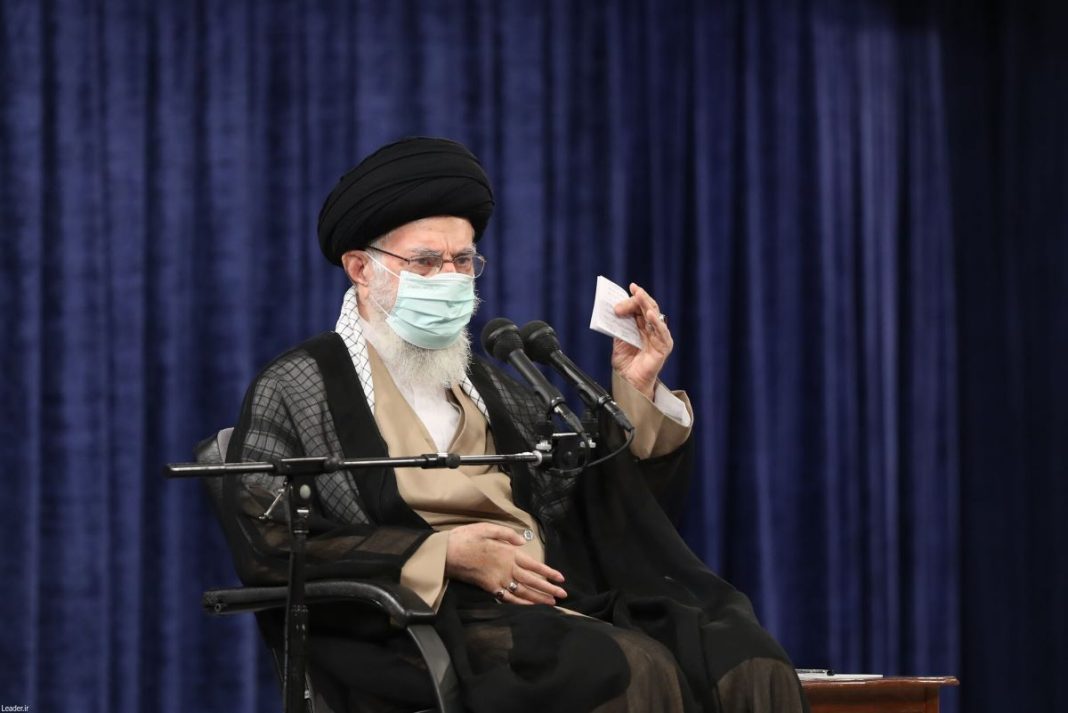 Leader of the Islamic Revolution Ayatollah Seyyed Ali Khamenei has warned that the global hegemonic system, spearheaded by the US, is bent on pitting the world’s Muslims against one another by drawing lines of separation between various faiths in Islam, urging vigilance in the face of such conspiracies.

In a meeting on Saturday with participants in the Ahl al-Bayt World Assembly in Tehran, the Leader invited all Muslim countries to remain indifferent to any classification of followers of Islam such as “Sunni and Shia.”

“The Islamic Republic, as the hoisted flag of the Ahl al-Bayt (the family of Prophet Muhammad) against the system of hegemony, believes that in the Islamic world, no dividing line based on religion, ethnicity, sect, and race is real, and that the sole real and distinct line is that which separates the Islamic world from the front of atheism and global arrogance,” he added.

Ayatollah Khamenei said the hegemonic system keeps harboring enmity toward Iran since the Islamic Republic has been encouraging other nations to stand against bullying.

The Leader referred to Iran’s measures that thwarted criminal US plots in different regional countries, such as enabling the defeat of the Daesh terror group, saying this prompted a campaign of Iranophobia and Shiaphobia and allegations of Iranian meddling in other countries.

The Leader emphasized that Iran, contrary to those accusations, does not interfere in the affairs of other countries, adding that leveling such allegations are rooted in the inability of the domineering powers to stop the progress of the Islamic establishment in Iran.

“Everyone should be vigilant against hegemonic policies and avoid accompanying them (hegemonic powers),” Ayatollah Khamenei advised.