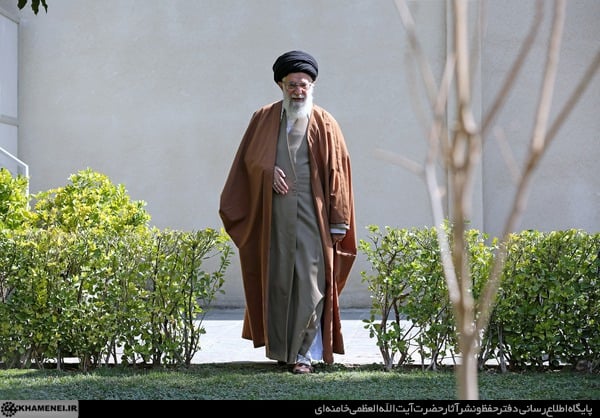 After planting the saplings on Wednesday, the Leader referred to the national arbour day as a herald of spring and reminds people of the significance of vegetation.

Stressing the need to protect plants and warning against the damages caused by disregard for Iran’s forests and grasslands, Ayatollah Khamenei said the issue of trees and protection of vegetation must reach its real position in the public culture.

The Leader also hailed tree plantation as a symbolic move highlighting the significance of trees and natural environment.

Deploring damages to trees in some bosky locations in order to construct buildings, Ayatollah Khamenei underscored, “The organizations in charge must seriously stand against such measures and not permit them.”

The Leader also warned against planting harmful species of saplings in certain parts of the country for the purpose of combating desertification, calling on the relevant organizations to prevent such harmful approaches and to push for the protection of woodlands.

Ayatollah Khamenei further urged the judicial bodies to do their utmost to prevent any harm to forests.

Management of climate change and countering environmental threats including desertification, dust pollution, drought, and bacterial and radioactive transmission factors as well as the study and management of emerging environmental phenomena are also among the key points in the general policies.