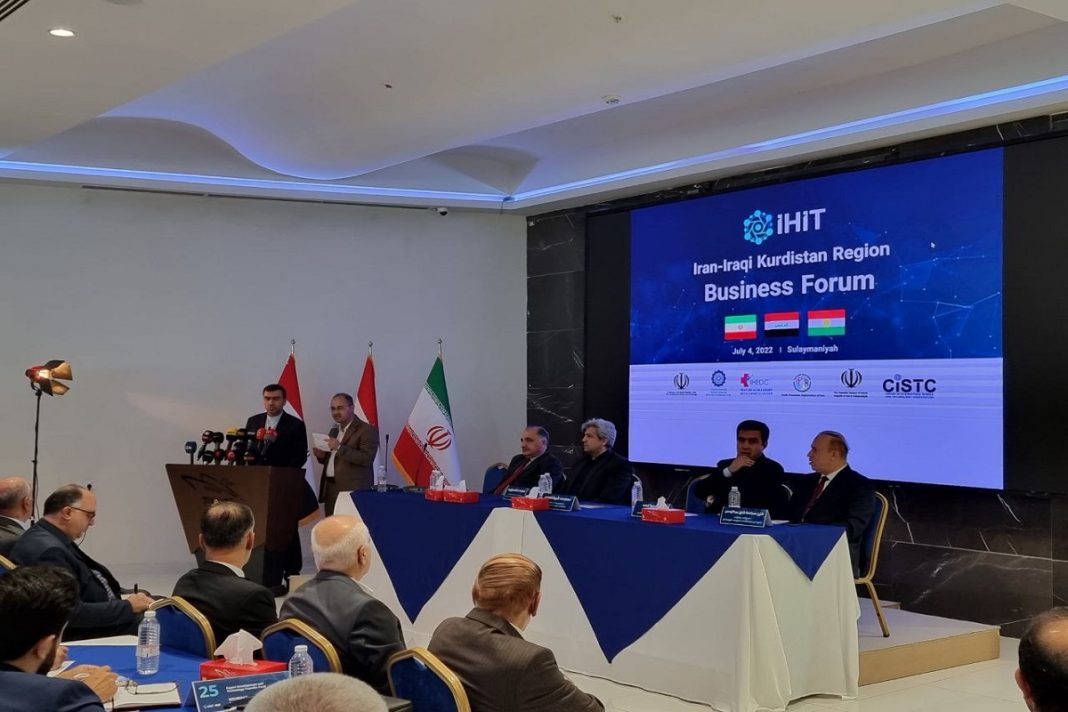 The inauguration ceremony of the conference received widespread coverage from media outlets of the Kurdistan region.

During the ceremony, Iran’s Consul General in Sulaymaniyah Mehdi Shoushtari referred to the policy of the 13th Iranian administration to expand ties with neighbors, especially given that the Persian year 1401 was named The Year of Knowledge-based Production and Employment by the leader of Iran’s Islamic Revolution.

Shoushtari expressed hope that this important event and the inauguration of the trade center of the Iran House of Innovation and Technology in Sulaymaniyah, with the participation of Iranian knowledge-based companies in different fields like healthcare, information technology, industry, agriculture and so on, will lead to an increase in trade and economic ties between Iran and Iraq and the Kurdistan region.

Mehdi Ghalenoei, Head of the Center for International Interactions of the office of Iran’s vice president for science and technology, also outlined the Islamic Republic’s capabilities in the field of knowledge-based economy.

He also referred to the vice president’s support for the presence of Iranian knowledge-based products in international markets.

Ghalenoei then pointed to a plan to inaugurate the Iran House of Innovation and Technology in Sulaymaniyah as the 6th IHIT outside of Iran.

He announced the Islamic Republic of Iran’s readiness to transfer advanced technical know-how and technology in different fields to Iraq and the Kurdistan region.

Meanwhile, the first vice president of Sulaymaniyah’s Chamber of Commerce, the head of the Kurdistan region’s exporters and importers union and the head of Halabja Chamber of Commerce spoke about the age-old historical, cultural, religious, lingual, etc. ties between the Kurdistan region and Iran, the long common border and the existence of 6 active border crossings between Iran and the Sulaymaniyah region, and also the economic possibilities of the Sulaymaniyah and Halabja provinces.

The officials then welcomed the presence of Iranian knowledge-based companies in the event and the expansion of economic and trade ties with Iran.

As the conference continued, the directors and representatives of the 33 Iranian knowledge-based companies and their peers from the Kurdistan region discussed potential areas of cooperation during face-to-face trade talks.