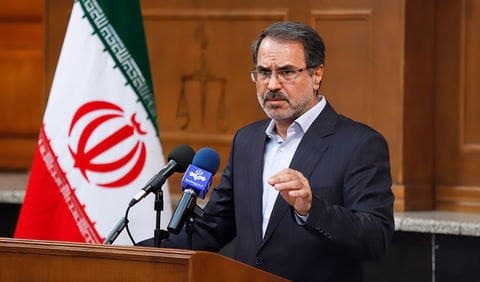 The Iranian Judiciary’s spokesman says an indictment has been issued against the leader of the anti-Iran al-Ahvazieh terror group.

Zabihollah Khodaeian added that the indictment has been sent to the Revolution’s Court. Khodaeian said the leader of the group was identified and arrested in a border region and confessed to his crimes against the Iranian people.

He added that people will be informed of the details of the case. Khodaeian also said al-Ahvazieh group is supported by foreign intelligence agencies.

He added that the group is implicated in many crimes in Iran including planting bombs at public and private places, assassinating officials and killing ordinary people, spying, destroying oil and gas installations, and money-laundering.

According to the Judiciary’s spokesman, the key members of the Al-Ahvazieh terrorist group are in Europe and are busy orchestrating criminal acts and terror attacks against the Iranian people.

Khodaeian said the group promotes violence in Iran through its television channel.

Khodaeian also spoke of Iran’s legal actions against the US. He said the US has caused heavy material and spiritual damage to Iran and Iranians by such actions as the Tabas attack, the 1953 coup, support of terrorist acts against the Iranian people, and also support of the former Iraqi regime with chemical weapons.