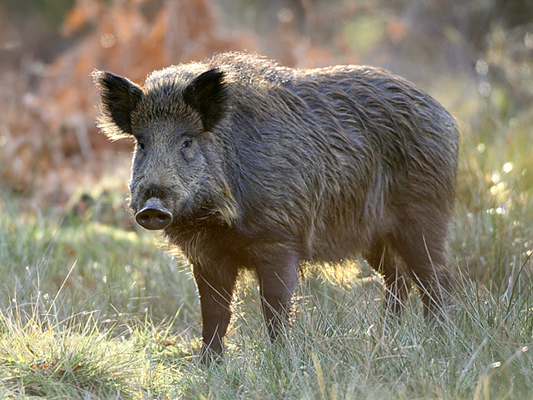 Iran says it will start issuing boar hunting permits for foreigners by early 2018.

A top Iranian environmental official says permits to hunt wild boars will be issued to foreign nationals in Iran in the near future.

“Directives have been announced authorizing the issuance of permits for foreign nationals to hunt wild boars (also known as boars or wild pigs) by the end of the current Iranian year (ending March, 2018) with due regard for the relevant laws and regulations,” said Qorban-Ali Mohammadpour, the director general of the Department of the Environment in northern Gilan province.

“The hunting season begins on the date the directives are issued and will end on March 1, 2018,” he said.

“The permits allowing foreign nationals to hunt wild boars will be issued only after authorized institutes that organize hunting tours for foreigners submit their applications,” he said, according to a Farsi report by the Alef news website.

“The institute applying for boar hunting permits must put up collateral worth Rls 400 million (equal to nearly $10,000) in accordance with the pertinent law and provide the financial office of the provincial Department of the Environment with the relevant documents,” said the official.

He said hunters will be allowed to hunt maximum five boars, adding, “If the hunter manages to hunt the big game, the institute which has filed the application for the permit will have to pay the price for the hunted animal in US dollars in accordance with the law.”

He added the institute will have to pay $30 dollars for each day an officer accompanies the hunter as a guide.

According to the department, shooting and hunting without the presence of an officer is forbidden.

Those accompanying the hunters are not allowed to hunt, whatsoever. The permits will be valid for five days from the date they are issued.

The permits will be valid only for the hunting fields in the province where they have been issued.

No hunting permits will be issued for the provinces of South Khorasan, Qom, Tehran and Golestan. For more information contact the provincial departments of the environment.

Eating the wild pig’s meat is haram or forbidden in Islam, and thus the boars hunted in Iran cannot be sold for their flesh.