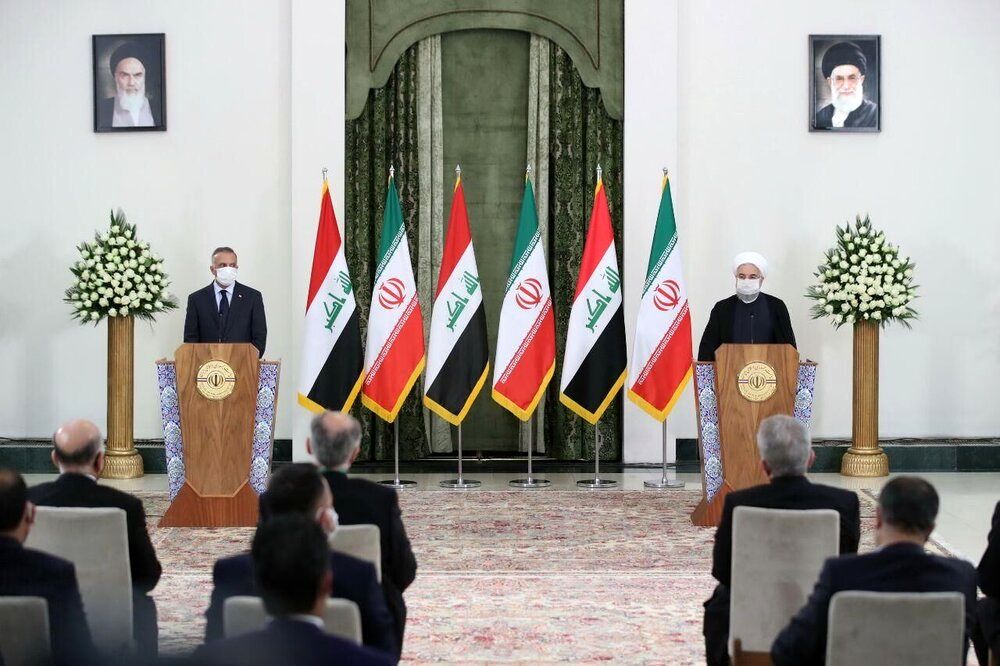 The Iranian president has urged closer cooperation between Tehran and Baghdad to further enhance mutual relations as well as to ensure regional security.

“With the willpower of senior officials in Tehran and Baghdad as well as serious and firm efforts they are making, the two sides will be able to tackle all problems and difficulties in the way of boosting mutual ties,” said President Rouhani.

The president congratulated the Iraqi premier on the occasion of the Muslim feast of Eid Al Adha, and described the Iraqi official’s trip to Tehran as constructive.

“This visit and the agreements reached during that trip will set in motion positive and progressive developments in relations between the two countries,” Rouhani said.
The president noted the commencement of operations to lay a railway linking Iran and Iraq will be promising for both nations and give fresh impetus to the promotion of mutual relations.

He said Iran welcomes Iraq’s pivotal role in the current sensitive situation in the region.
“Iran would like to see full stability return to the region, and, to that end, remains committed to all its obligations,” the president added.

“Of course unfortunately, the US is sending a wrong signal by seeking to hatch fresh plots against Iran and by harassing the Iranian airliner,” he noted.

The Iraqi prime minister, in turn, said the two sides can upgrade their constructive engagement in light of serious and cordial cooperation between the two countries.

He said he set up committees after returning from his visit to Iran to follow up on the implementation of the agreements reached between the two sides.

The premier underlined his country would like to remove all obstacles to the enhancement of ties with Iran.

He added Baghdad would like to see tensions ease and stability rise in the region, calling for Iran’s positive role in that regard.