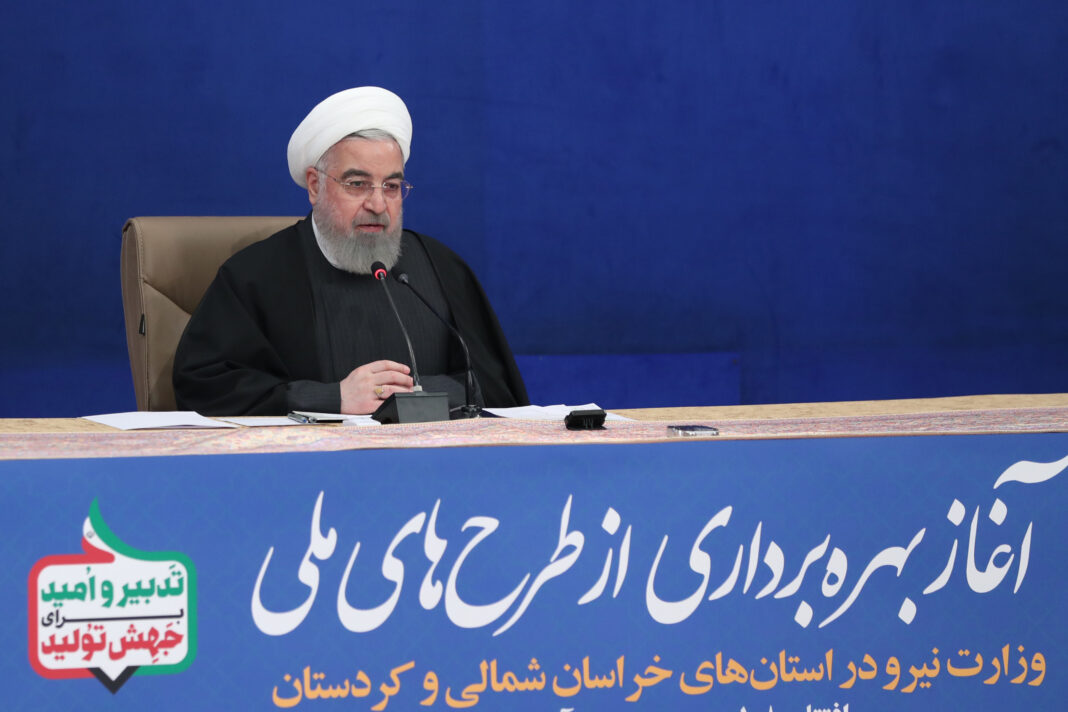 Iranian President Hassan Rouhani has inaugurated 13 major national projects in the fields of water and electricity with an investment of over 4.7 trillion tomans.

The projects were inaugurated in the provinces of North Khorasan and Kurdistan through videoconference on Sunday, January 31, 2021.

The Iranian president said the inauguration of so many projects in the country is aimed at boosting domestic production.

President Rouhani said Iran and Iranian people had a tough year due to the sanctions and the coronavirus pandemic, but the country managed to put many projects into service to give fresh impetus to domestic production as emphasized by Leader of the Islamic Revolution Ayatollah Seyyed Ali Khamenei.

“This year was really the year of boosting production as we inaugurated major projects every week,” he noted.

The projects were inaugurated ahead of the anniversary of the victory of Iran’s 1979 Islamic Revolution.

Rouhani said the 1979 Revolution was not only aimed at securing national independence and reviving Islamic values, but also geared to promoting the nation’s welfare and prosperity.

“Some believed the Islamic Revolution was only a political move and was aimed at securing the country’s independence and fighting hegemony and oppression. Some also believed the revolution aimed to establish Islam and was only a spiritual move. But figures show the revolution … paid attention to material sectors as well,” he said.

Rouhani said the government takes pride in the fact that it is supplying utilities to low-income families free of charge.

He then said the number of dams in the country has risen ten-fold.

“At the beginning of [the early days after] the revolution, there were 19 dams in the country, and the figure has increased to 193 now,” said the president.

He added the capacity of the National Grid has also risen by 2,500 megawatts of electricity annually.