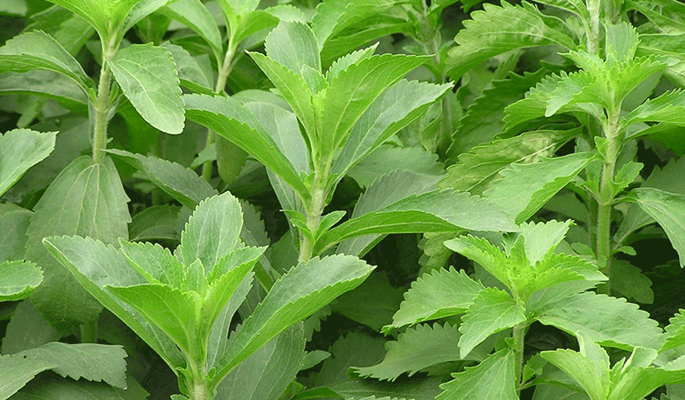 Iranian scientists have managed to improve the quantitative and qualitative features of Stevia, a natural low-calorie sweetener, to replace artificial sweeteners.

Dr Foad Moradi, a faculty member at the Agricultural Biotechnology Research Institute of Iran, said the consumption of sugar per person is about 18.5 kg each year in the world, while the sugar consumption in Iran is about 29 kg.

Such amount of sugar consumption is the main cause of the spread of diabetes in the country, he added.

“The most effective way to reduce the use of sugar is to replace it with natural sweeteners, such as Stevioside, which are extracted with the development of biotechnology and nanotechnology techniques in a completely economical way.”

According to the researcher, Stevia is an indigenous South American plant that has attracted the attentions in the world, and has recently been cultivated in parts of Iran.

Moradi said the cause of this sweetness is the existence of “Stevioside” and “Rebaudioside” in Stevia leaves, which is a suitable replacement for refined sugars.

“This sweetener is 300 to 350 times sweeter than sugar without any caloric intake. This natural sweetener does not have any of the adverse effects of the using artificial sugars such as Aspartame, Sodium, Saccharin, and Cyclamate.”

He further noted that Stevia extract can prevent the increase of the volume of renal structures in diabetic patients.

“Stevia also increases the amount of cortisol hormone that plays a role in regulating blood pressure, immune system and metabolism of sugar, fat and protein in the body. Also, the use of Stevia for a long time can reduce blood pressure by increasing cortisol levels. So if the people with hypertension drink tea sweetened with dried leaves of Stevia for two days, their blood pressure will be decreased without side effects.”

Moradi mentioned that Stevia, in addition to being helpful for diabetics and even treating the disease, can treat some other diseases.

“Recent research has shown Stevioside, which creates bitter taste in the Stevia leaves, increases the deaths of cancer cells, and weakens the systems that contribute to the growth of cancer cells.”

According to a team of Japanese researchers, Stevia sweeteners have a weakening effect on tumors and are able to control skin cancer cells. In addition, Stevia leaves have other beneficial effects, including the existence of antibacterial, antioxidant, and antifungal compounds whose antioxidant activity is effective in reducing the risk of cancer.

Moradi said that at the moment the natural Stevia sweeteners are imported from abroad.

“Considering the importance of these sweeteners, the Institute has implemented a strategy to improve the performance of the active elements of Stevia. This strategy helps reduce the import of artificial sweeteners and replace them with calorie-free sweeteners, and increases farmers’ income through creating further jobs in the industry,” he concluded.