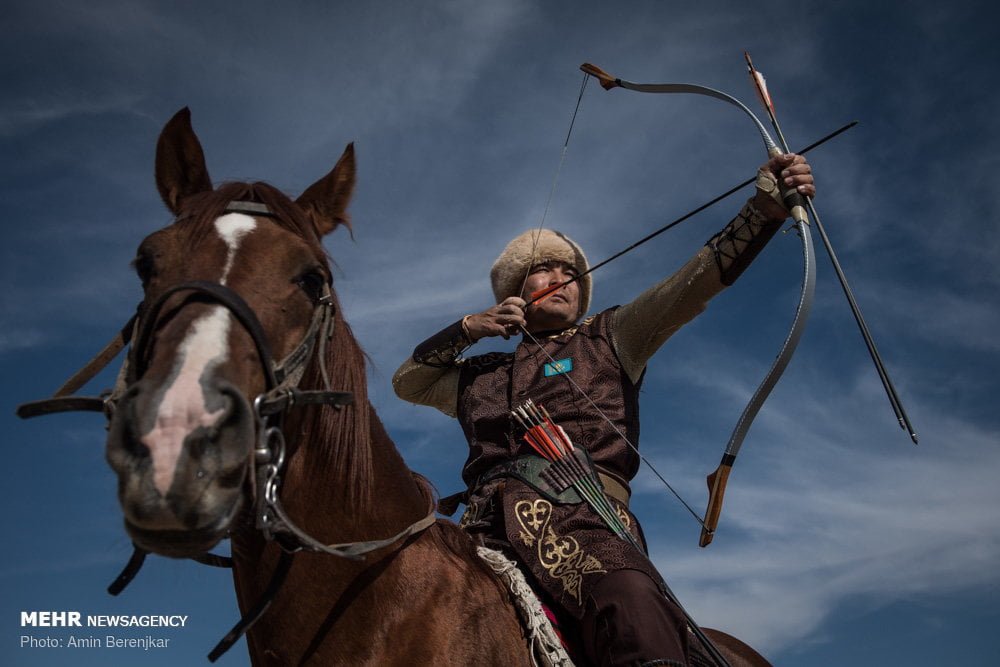 International horseback combat competitions have kicked off in the city of Shiraz in Fars province, southern Iran, bringing together sportspeople from 19 countries.

Over 50 participants are competing in different sections of the five-day event, including archery, fencing and horseback javelin.

Most of the Iranian contenders are from Fars province, which is home to a large population of tribesmen.

This is the second round of international horseback competitions held in Iran. The first round was held in the central city of Yazd.

42 foreign and 12 Iranian riders are attending the event. Among the highlights of the competitions is the presence of eight foreign sportswomen and one Iranian lady.

The venue of the contests is on the outskirts of Shiraz, and the main track of the competitions which is 200 metres long has been approved by the international federation.

The event has a message of “world peace” and runs from November 21-26. The concluding ceremony will be held at the Persepolis ancient site.

Photos of the contests published by different media outlets follow: