“Iran Has Enough Options If Other JCPOA Parties Withdraw” 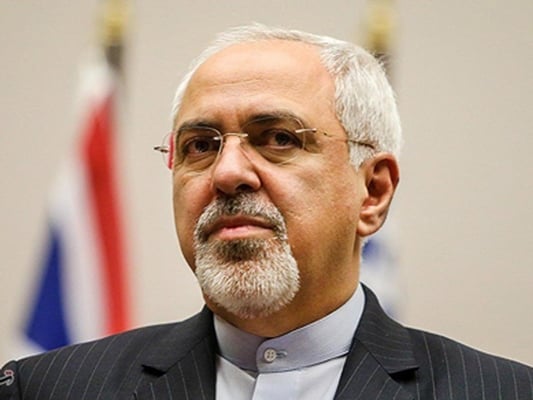 Iran’s Foreign Minister Mohammad Javad Zarif says the country has enough options on the table if other signatories to the Iran nuclear deal pull out of the agreement.

Iran’s top diplomat has stressed that the Islamic Republic has a duty to have all options in mind and be prepared for all scenarios as regards the nuclear deal between Tehran and world powers, also known as JCPOA.

In a recent interview with the Persian-language Shargh newspaper, Zarif said Tehran has no anxiety regarding the possible withdrawal of the US administration from the Iran deal, because “we believe Washington’s pullout from the JCPOA will lead to the United States’ isolation.”

What follows are highlights of the interview:

If you sit face to face with Zarif, you cannot talk about his popularity or compare him with iconic figures in history as the Iranian society’s passion for him has died down. Now, Zarif is a foreign minister at a sensitive juncture in history, a juncture which can wreck all the efforts he made during 18 months of nuclear talks, or which might somehow preserve those efforts one way or another.

Yes, we are speaking of the Iran nuclear deal known as the Joint Comprehensive Plan of Action (JCPOA), an agreement that has now fallen into the hands of anti-Iran radicals in the United States. Last week, we had an opportunity to hold our annual interview with Zarif, a diplomat who is careful about his words, words which the other side might turn into a new excuse. So, we cannot expect him to utter very different words.

If Other Side Opts to Leave JCPOA, Iran Has Enough Options

In diplomacy, we have a duty to have all options in mind and be prepared for all scenarios. Those who negotiated and crafted the JCPOA knew well that they should piece together every line of the deal with the assumption the other side cannot be trusted. Otherwise, the process would not have taken so long.

From the outset, the other side was trying to put a cap on our activities in the nuclear domain, so that Iran would not have any choice; but their efforts failed. We did not accept any restrictions for research and development in the nuclear field. Research and development was envisaged in the JCPOA based on a logical and scientific trend, which keeps moving forward.

If one day the other side decides to pull out of the JCPOA, or decides to deprive Iran of the benefits of the deal, thank God we have enough options to reciprocate, which will definitely be not pleasant for them. Last year, we monitored the situation carefully, and reported the events to Iranian authorities honestly and frankly. We had no anxiety because we believed Washington’s pullout from the JCPOA will lead to the United States’ isolation. Mr. Trump is the same person who, one year before he became president, said the first thing he would do would be to pull out of the JCPOA.

The reason why it has not happened is that Trump is concerned about his own isolation. Of course, that does not mean that he has implemented the JCPOA with honesty and goodwill. The United States’ malice has been clear in almost every action we have taken over the past year. We are not choosing to withdraw from the JCPOA. If it were our choice, we would not have wasted two years for negotiations.

Another firm said they would have sent fuel if the special form had been completed. All of these show that we did not have enough time. It was not even an issue that needed to be settled by me or the Foreign Ministry. Our Colleagues at the Iranian mission in Germany called us to see if they can settle the issue because it was very important for us to attend the Munich conference.

Instead of admitting that the attendance of the Islamic Republic of Iran’s foreign minister at the Munich security conference was so important that the German government had decided to turn to the military to get the issue settled, folks have turned the issue into a problem. In other words, they mostly try to hurt national pride than to reveal Washington’s breach of its commitments. Their weak and injudicious remarks unfortunately become front-page news in some newspapers, and one gets upset at their attempts to play with people’s pride and hope.

As for the Caspian Sea, there are issues which are very significant for the littoral states, including for us. For instance, how to utilize the sea, its environment, and that countries crossing the Caspian Sea should be allowed to do so only with the flags of its coastal states. These are very important issues and all of them are related to our national interests.

We’ve said that we won’t allow an agreement to be signed which would be against Iran’s national interests, or that because we couldn’t reach agreement on all those issues, then we shouldn’t hold talks on the minimums which are necessary and important for us. This would amount to obstinacy in dealing with ourselves. We insisted that the convention should contain all topics and items that are important to us. We wanted to prevent them from making unilateral or bilateral decisions about territorial issues in the future.

As you know, when it comes to infrastructure, some bilateral decisions were made without them consulting us. But no one can make bilateral, unilateral or multilateral decisions, any more, about the other issues mentioned in the convention without us being present and without reaching consensus.

At the moment, the preliminary phases of drafting the convention have been arranged. We were not supposed to reach agreement on issues such as Caspian Sea resources after some unilateral actions were taken by certain countries. The drawing up of the convention has been on the agenda for 20 years now.

Some issues were brushed aside in the first one or two years, and now only fundamental issues regarding the Caspian Sea is on the agenda, issues such as how to utilize the sea, how vessels can ply across the sea, not allowing foreign ships to cross the sea, how far into the sea the military vessels of littoral states can go, These issues are important for our national interests.

Principles have also been defined for other issues such as the issue of the prime line, which is in line with our national interests and, in fact, takes Iran’s special geographical situation into account. We have clarified the framework of part of it which concerns the surface of the water, which should take shape with the agreement of all five littoral states. As for the seabed, talks are underway. Our positions are clear and we will act based on them and definitely we take our national interests into consideration. I repeat, no decision has been made in this regard and we should wait and see what the final decision will be.