Iran has cooperated with IAEA more than reflected in recent report: Official 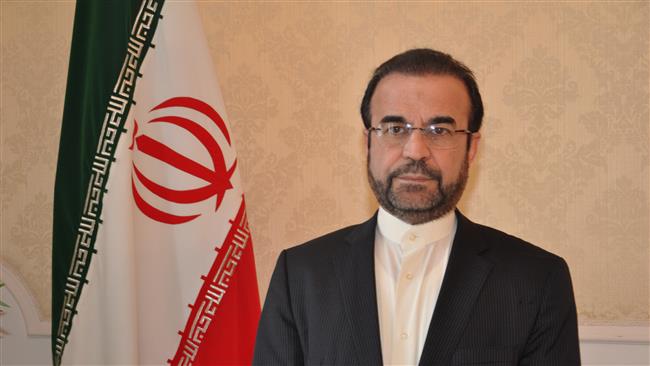 An Iranian nuclear official says the part of a recent report by the International Atomic Energy Agency (IAEA) about Iran’s cooperation with the agency is “incomplete,” as the Islamic Republic has cooperated with the agency more than reflected in the report.

“From the 18 practical measures [on which] we agreed with the Agency, we concluded 16. Two remaining practical measures are under discussion,” Iran’s Ambassador to the IAEA Reza Najafi told Press TV in an exclusive interview on Friday.

He said that during recent meetings with IAEA officials in the Iranian capital, Tehran, “we discussed [the] two remaining practical measures. We provided some clarification with regard to those two issues.”

“What has been considered by some media as information about one issue is indeed a sentence in the report which refers to one of the issues. But, indeed, we provided information for two issues and we believe that that part of the report is incomplete; it is not a full reflection of the facts,” he explained.

“The latest report, when compared to earlier ones, shows the IAEA has nothing new to present concerning the implementation of the Safeguards Agreement in Iran,” said Najafi, adding that the new report has the same content as that of the previous ones only with different figures.

He pointed out that the report, issued to the IAEA’s 35-nation board and the UN Security Council on Thursday, attests that all of Iran’s atomic activities and its nuclear facilities have been under the close supervision of the UN nuclear agency, and have had no diversion from peaceful dimensions.