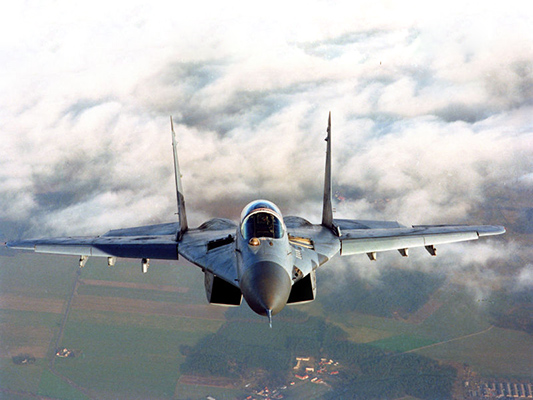 A senior Iranian MP says the country has purchased the most advanced type of Russian fighter jet which is only sold to the Russian army.

According to a report by Mizan, as translated by IFP, Abolfazl Hassanbeigi, the vice-chairman of Iranian Parliament’s National Security and Foreign Policy Commission, referred to the history of Iran’s plane purchase from the Soviet Union, and then Russia, and said, “Iran has purchased Sukhoi and Mikoyan MiG-29 fighters before.”

“MiG-29 is manufactured in three ranges. The first is sold to small countries; the second to Russia’s allies, and the third to the Russian Army,” he added.

“The Islamic Republic of Iran has bought the same MiG-29 fighter jet that the Russian army possesses, namely the most advanced type.”

Elsewhere in his remarks, he further referred to the negotiations with China, Ukraine and Russia for joint manufacture of fighter jets.

“However, we haven’t bought Chinese aircraft because they were not as advanced as we expected them to be,” he noted, dismissing the reports about Iran’s secret negotiations with China about fighter aircraft purchase.

“Nothing can remain secret in today’s world. […] The world will naturally know and announce anything purchased or sold by Iran,” he added.

“As Iran is aware of the large number of weapons sold by Germany, France, China and the United-States to ISIS allies, others know about Iran’s deals as well,” Hassanbeigi went on to say.

While China is trying to catch up with Western aircraft manufacturers for a share of Iran’s market, Iranian Minister of Road and Urban Development Abbas Akhoundi made it clear that Chinese planes must meet international standards and think of technical support before sales to Iran.

Akhoundi, who is in China with a business delegation, paid a visit to the Commercial Aircraft Corporation of China (COMAC) in Shanghai.

In comments during the visit, Akhoundi emphasized that Chinese planes will need to meet international safety standards before being used in Iran’s fleet.

Chinese plane-makers ought to assure Iranian airlines and organizations of the safety, technical and quality standards, and should also guarantee the after-sales service, as well as technical and financial support, he added.

Iran signed deals with European and American plane manufacturers after coming into force of the Joint Comprehensive Plan of Action (JCPOA), a nuclear agreement between Tehran and the Group 5+1 (Russia, China, the US, Britain, France and Germany) reached in July 2015.

During a visit to Paris in January by Iranian President Hassan Rouhani, Tehran signed a major contract with Airbus worth about $27 billion to buy 118 aircraft.