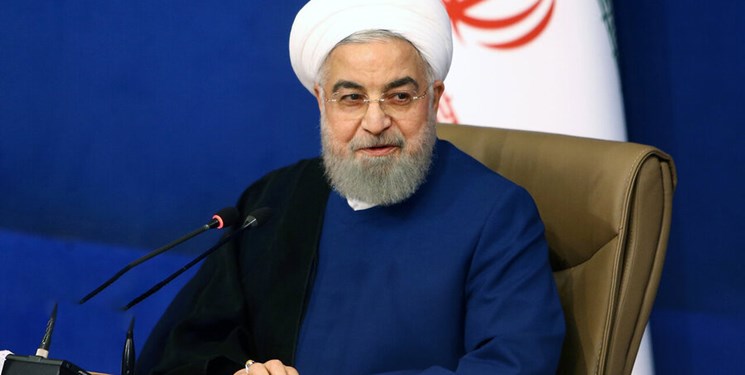 The Iranian president says Tehran is not overjoyed at Joe Biden taking office as the next US president, but is happy to see President Donald Trump leaving.

Hassan Rouhani described Trump as a “tyrant” and “law-breaker” who even prevented vaccines from reaching Iranian patients and who did not even abide by moral and human principles.

Rouhani said the US, under Trump, complied with nothing and was ruled by the number-one outlaw and law-breaker in the country.

He said the United States has left no stone unturned to deal a blow to Iran.
“In those days, the US got its anti-Iran allegations overwhelmingly approved by UN members, but the US has become more isolated in recent years,” he said.

President Rouhani also urged the next US administration to choose the right path.

“The next US administration knows what path to choose. If it goes for the right path, we will be ready, and should it choose the wrong path, again, the choice is theirs,” he said.

Elsewhere in his remarks, President Rouhani underlined that Iran has grown stronger compared to previous years.

“Today’s military and air defence power is not comparable to what it was in 2015. Today, we possess the most modern air defence systems as well as the best frigates and missile systems, and our power has multiplied,” he noted.

President Rouhani said Iran favours peace, stability and security in the world and constructive interaction with all countries who want engagement.

He said despite the economic war targeting Iran as well as the coronavirus pandemic, the country’s economic growth has been positive this year.

The president also touched upon the 2015 Iran nuclear deal, officially known as the Joint Comprehensive Plan of Action (JCPOA), saying, “If the 5+1 group (the other six signatories to the nuclear deal) return to their commitments, Iran will immediately return to its obligations, too.”