Iran Foreign Ministry Tasked with Following Up on Wetland Wildfire 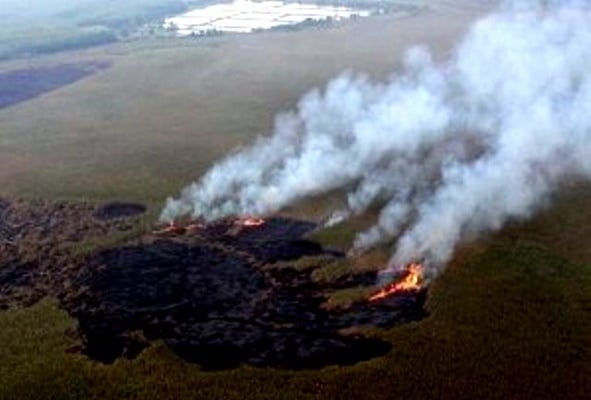 Iran’s President Hassan Rouhani has ordered the foreign ministry to get in touch with Iraqi officials for extinguishing the wildfire at Hoor al-Azim lagoon at the Iraqi border, south-west of Iran.

The Director General of the Environment Department of Khuzestan Province said President Rouhani has issued a special order and assigned the foreign ministry to seriously address the issue of the wildfire at Hoor Al-Azim on the Iraqi soil.

The president has also requested the IRGC to participate in the containing of the fire on the Iraqi territories, he added.

The fire has been burning since late June in the Iraqi part of the wetland. In its first phase, it lasted for more than 20 days burning over 18,000 hectares of the lagoon on the Iraqi side.

The tragic event has caused many problems for the people of Iran’s southern Khuzestan Province making it difficult for them to breathe. Since late July, Hoor Al-Azim has been on fire again.