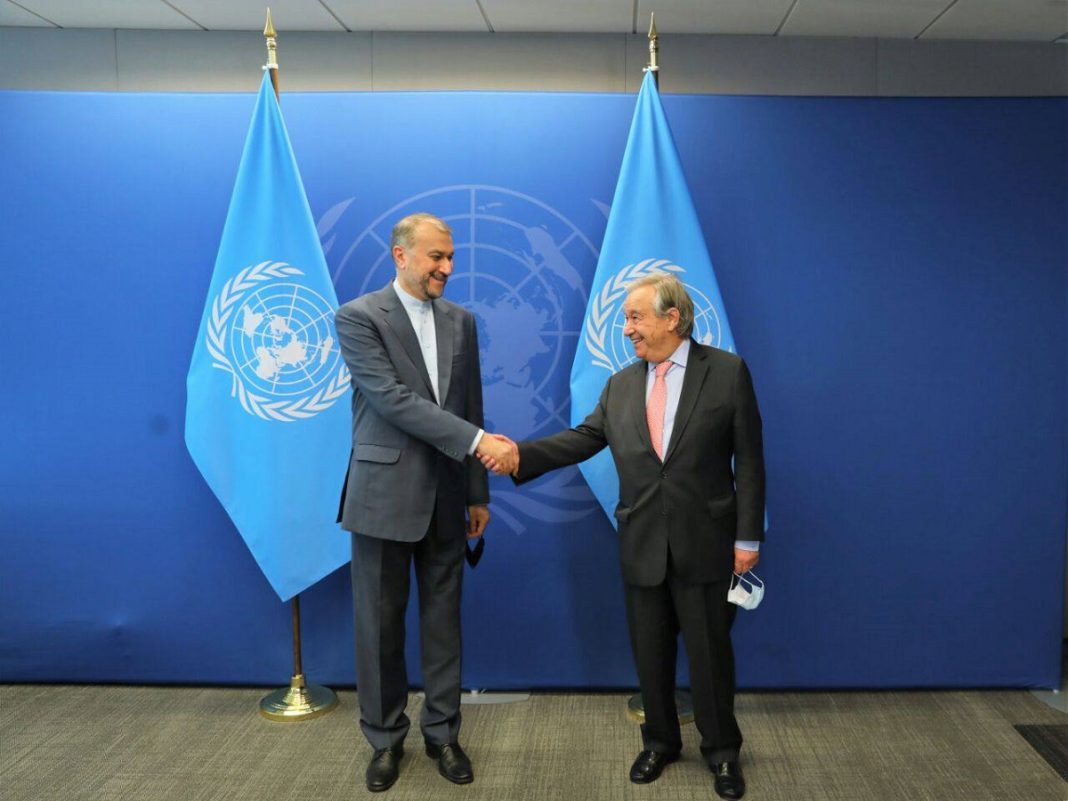 Iran’s foreign minister has told United Nations Secretary General Antonio Guterres, that Iran and the world major powers can reach a nuclear agreement if the US acts realistically.

Foreign Minister Hossein Amirabdollahian, held consultations with the Secretary General of the United Nations Antonio Guterres, on the fringes of the UN General Assembly’s meeting in New York.

The two sides exchanged views on the latest developments in negotiations for the revival of the Iran nuclear deal, JCPOA.

Referring to the talks between Iran and the P4+1 namely Russia, China, Britain, France and Germany, Amirabdollahian stated, ”There has been a lot of progress in the negotiations and we believe that an agreement can be reached if the American side is realistic.”

Antonio Guterres also emphasized, “We have always supported the return of all parties to the agreement and I hope we will soon see it realized.”

In the meeting, Amirabdollahian also referred to the deadly unrests in Iran over the death of a young woman in police custody, adding, “We consider peaceful protest the right of the people, but peaceful protest is different from chaos and disrupting the public order of the country.” Dozens of people have so far been killed during the unrests.

The secretary general of the United Nations also appreciated Iran’s important role in contributing to the peace and security in the region.