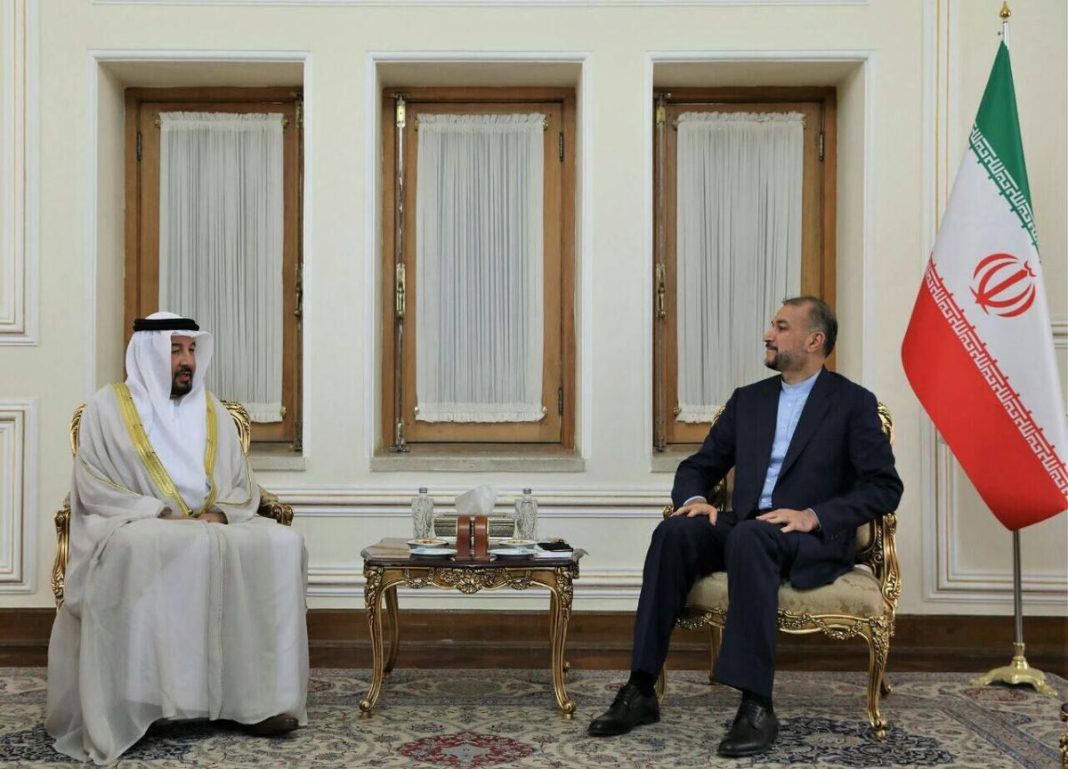 Iranian Foreign Minister Hossein Amirabdollahian met with Emirati ambassador Saif Mohammed Al Zaabi, back in Tehran after seven years. Amirabdollahian highlighted Iran’s policy on expansion of relations with all neighbors including the UAE.

The meeting was held in Tehran on Tuesday after the return of the Emirati ambassador to the Iranian capital to resume work.

The Iranian foreign minister, in the meeting, stressed the importance of enhancing regional cooperation to stabilize tranquility in the region.

Further, Amirabdollahian called for making use of the current capacities to boost bilateral ties, form a commission to follow cooperation, organize consular relations, and facilitate medical, service, and educational activities.

For his part, the Emirati official expressed satisfaction over his presence in Iran once again.

He referred to trade and economic capacities in both countries as an important factor in fostering bilateral ties.

The diplomat elaborated on the viewpoints of his country’s officials about ties with Iran and exchange of delegations between the two countries.