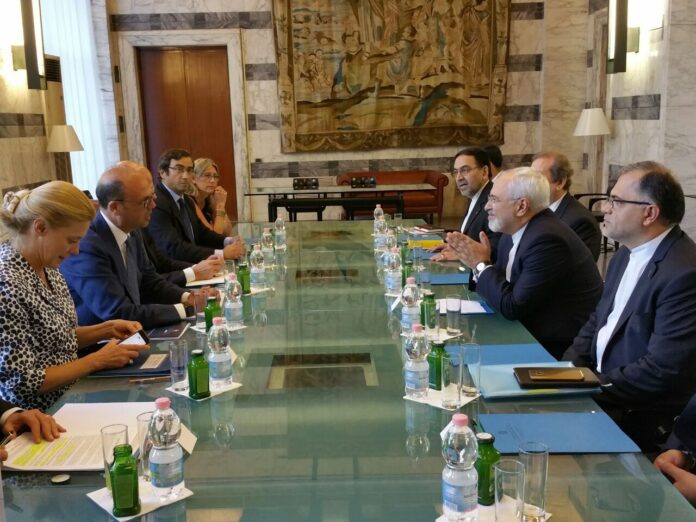 Speaking in a Wednesday meeting with his Italian counterpart Angelino Alfano in Rome, Zarif hailed the good level of relations between Tehran and Rome, saying that the two countries could strengthen bilateral ties by exchanging business delegations.
Elsewhere in his statements, Zarif also pointed to the US warning to Syria over its alleged preparation for a chemical attack, and warned that any attack under false pretexts on Syria by the United States could reinforce ISIS in the region.
For his part, the Italian foreign minister referred to the recent twin terrorist attacks in Tehran and stressed that fight against terrorism and extremism is a must.
Regarding the expansion of bilateral ties, Alfano noted that the Italian companies’ attitude toward Iran is positive and his country is keen to boost bilateral relations with the Islamic Republic.
The Italian official also threw his weight behind the nuclear deal between Tehran and world powers, acknowledging that it has provided regional and international security. He also talked about the recent report by the IAEA that verified Iran’s commitments to the JCPOA. 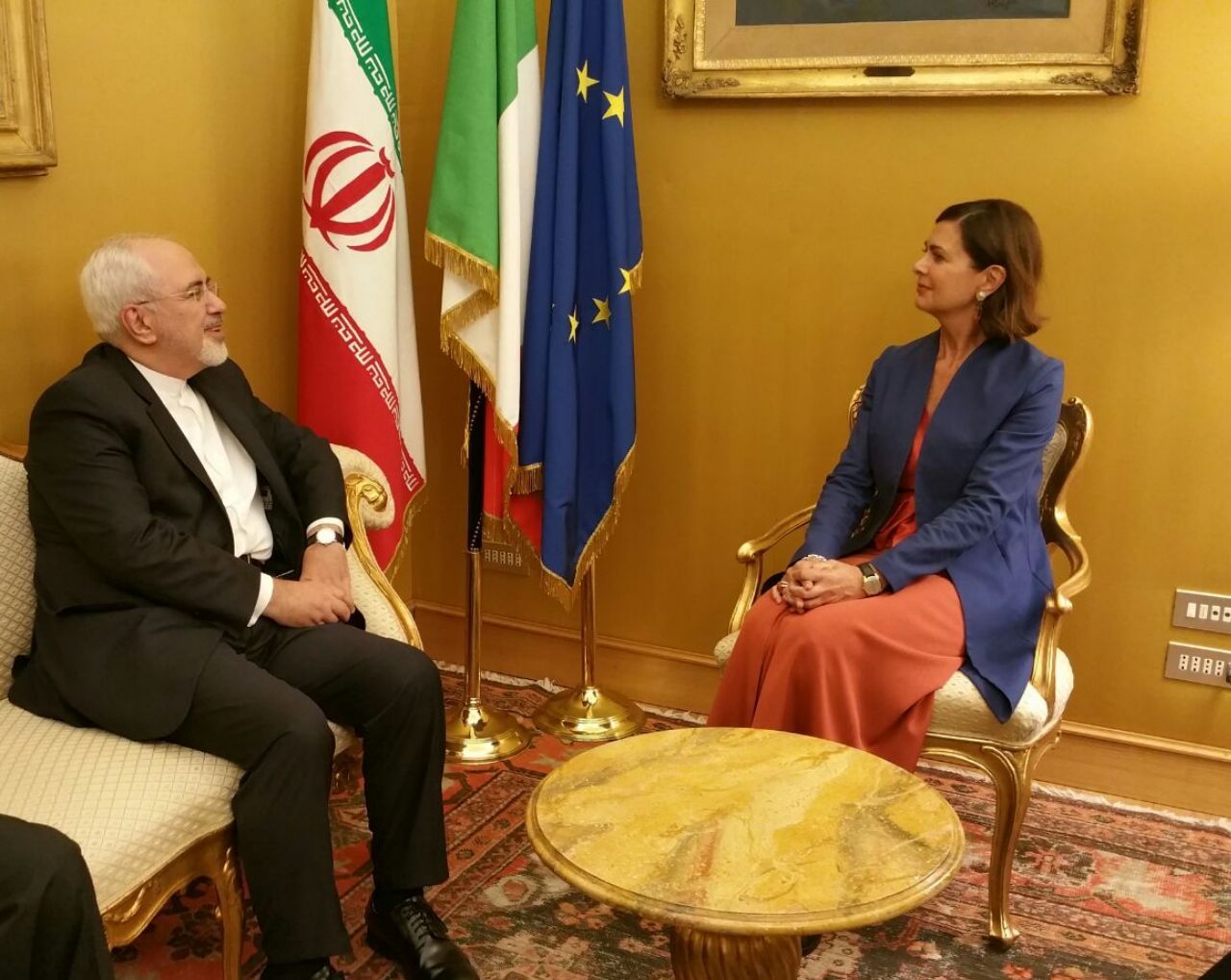 Earlier in the day, Zarif held a meeting with President of the Chamber of Deputies of Italy, Laura Boldrini. During the meeting, the two sides discussed ways to expand mutual cooperation especially in the parliamentary fields.
Zarif and Boldrini also talked about regional issues and stressed that the ongoing problems must be resolved through negotiations. Immigration crisis, asylum seeking, and fight against terrorism and extremism were among other issues discussed by the two sides. 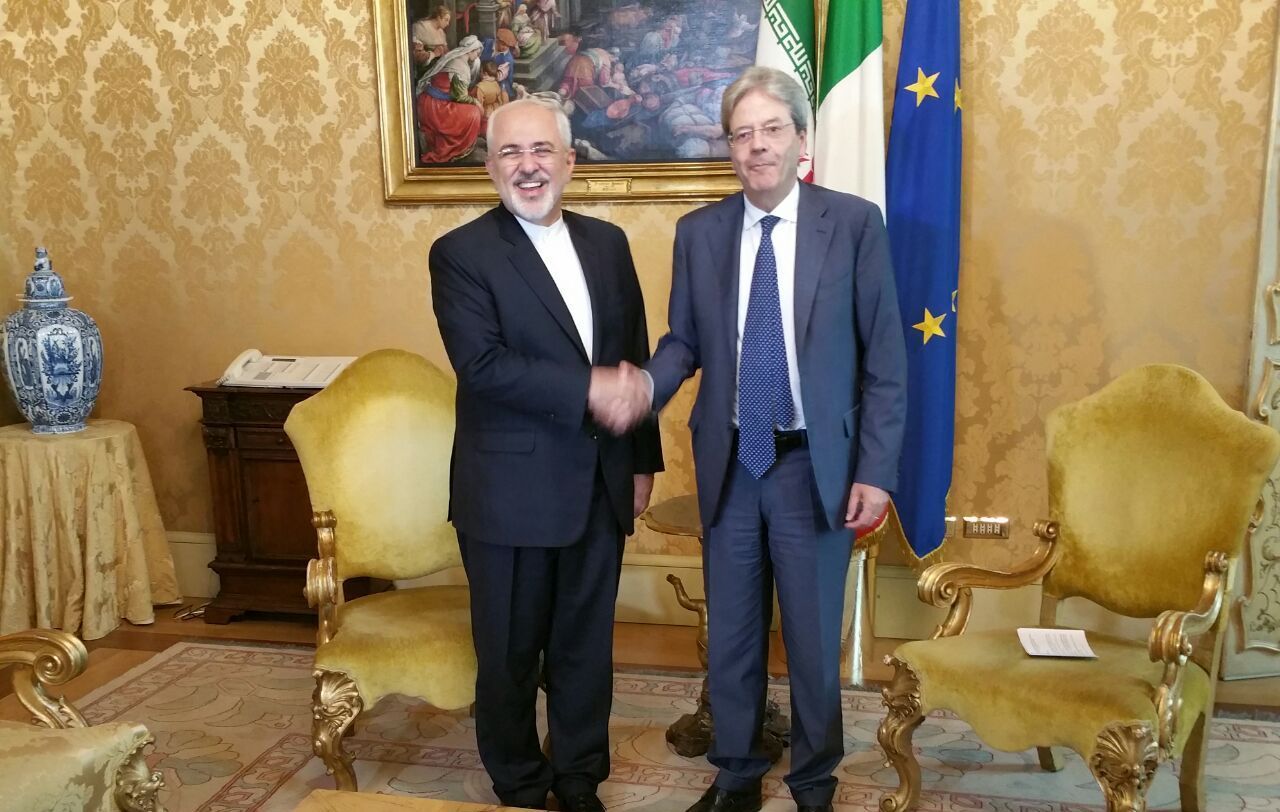 On Wednesday afternoon, the Iranian foreign minister also met with Italian Prime Minister Paolo Gentiloni and discussed expansion of ties and the most important developments across the region and the world.
Zarif, who arrived in Rome on Wednesday morning after his visit to Berlin, participated in the European Council on Foreign Relations (ECFR) meeting held in the Italian capital. 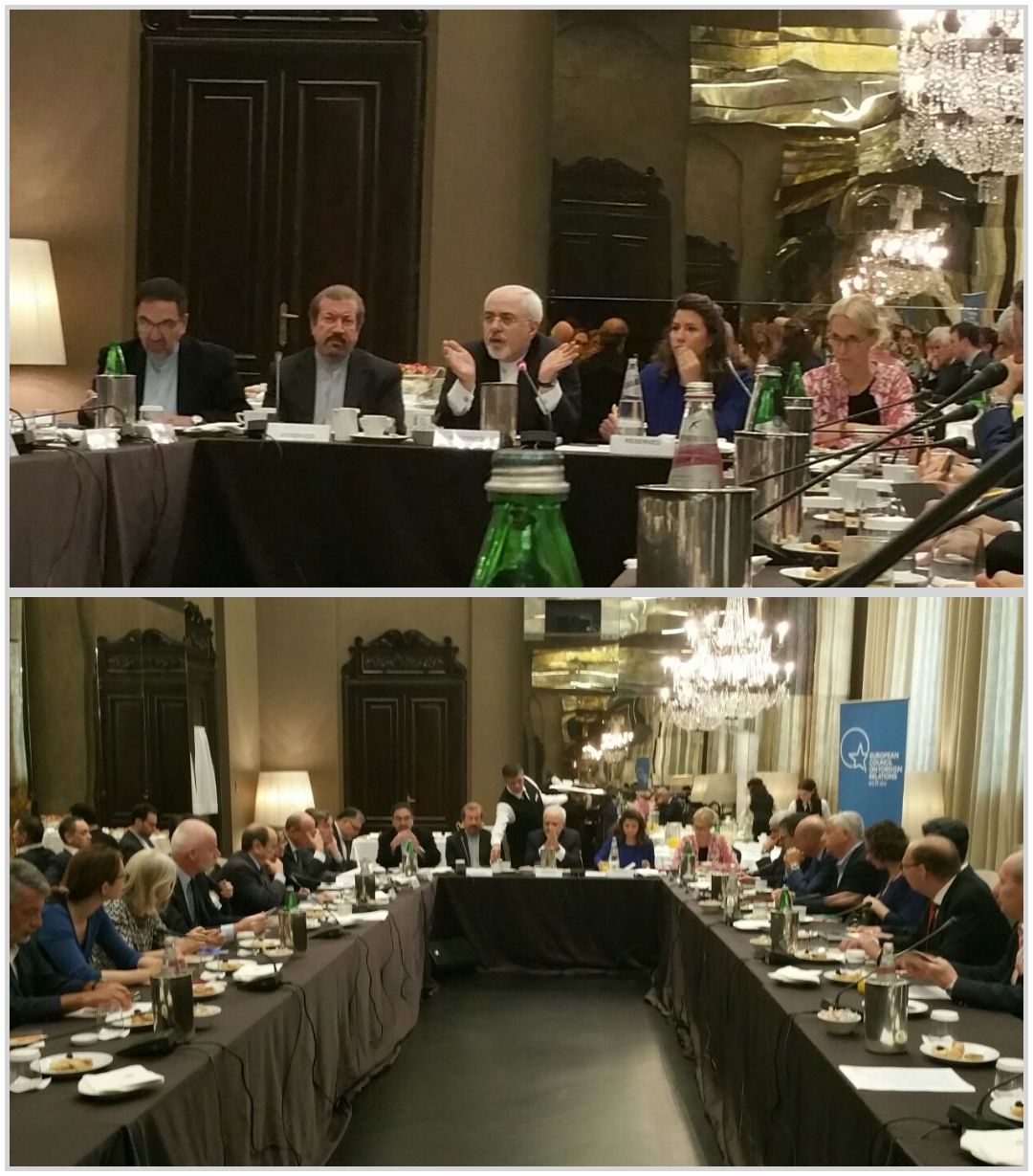