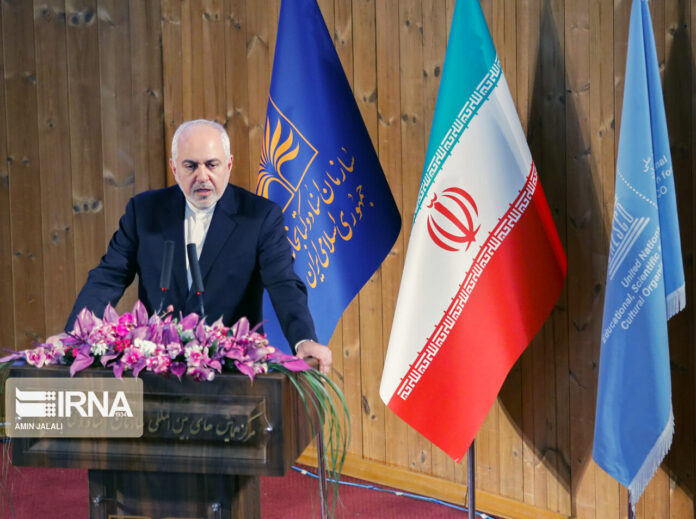 In an address to a conference on safeguarding the cultural centres and the common heritage of mankind, held in Tehran on Monday, Zarif said unilateralism and law-breaking is as dangerous as tolerating them.

“Unfortunately, the passive stances of the countries and the international organizations in countering (US President Donald) Trump’s law-breaking and unilateralism have emboldened him in pursuing a bullying approach in the world,” Zarif deplored.

Passive unilateralism encourages active unilateralism, he noted, warning that the countries which have given in to Trump’s law-breaking and unilateral policies in order to fend off the US harms have indeed prepared the ground for the US president to bully them.

The foreign minister also slammed the recent threat of military attacks on 52 Iranian sites, including the cultural centres, from the US president as the most brazen example of extremism, racism and promotion of hatred and violence.

“The US president’s threat of destroying Iran’s cultural and civilizational centres is a clear example of international ‘cultural terrorism’, and is a continuation of the US regime’s law-breaking to break the Iranian people’s resistance,” Zarif noted.

“Trump’s threats incarnate the hatred stemming from lowliness, a hatred not only for Iran and the rich Iranian culture, but for culture, civilization and anything representing peace and stability,” Zarif added.

“While Trump calls the civilized and cultural nation of Iran ‘terrorist’ with his racist attitude, he brazenly announces it to the world that his regime is by no means committed to the principles and red lines of the international law, including the prohibition of racism and prohibition of discrimination,” the top Iranian diplomat added.

Zarif finally noted that the US regime has repeatedly proved that it does not believe in dialogue and does not honour its previous and current commitments either.