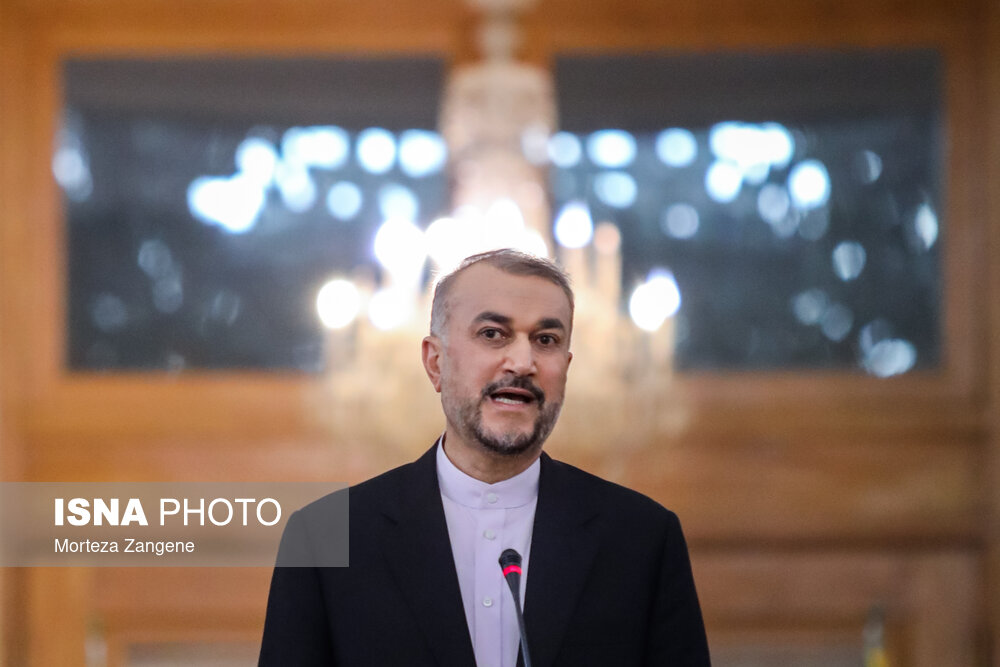 Iranian Foreign Minister Hossein Amirabdollahian has not ruled out the possibility of Tehran’s withdrawal from the Treaty on the Non-Proliferation of Nuclear Weapons (NPT) if the Europeans fail to revise their “belligerent polices” toward the Islamic Republic.

Amirabdollahian made the remarks on Sunday after joining a closed-door session of the Iranian Parliament, which focused on how to respond to a possible designation by the European Union of the Islamic Revolution Guards Corps (IRGC) as a “terrorist” entity.

Speaking to reporters, the foreign minister spoke of a bill on the agenda of the Parliament, which will require the Iranian government, if adopted, to list European armies as terrorist militaries.

He said such a response will “deeply change” the military formation in the region.

The top diplomat said in his talks with senior European Union officials, including the bloc’s foreign policy chief Josep Borrell, they clarified that they are not after acting on the European Parliament’s recent “emotional” proposal for blacklisting the IRGC.

Asked about the possibility of Iran’s exit from the NPT, he said if Europe — where a number of “inexperienced” politicians are at the helm — fail to “tread the path of rationality and revise their positions, anything is possible.”

In a tweet posted after the parliamentary session, he said the European Parliament “shot itself in the foot” by the anti-Iran vote, pledging a tit for tat.

He also advised the Europeans to review their hostile Iran policy and not close the “window of diplomacy” with Tehran by targeting the IRGC.