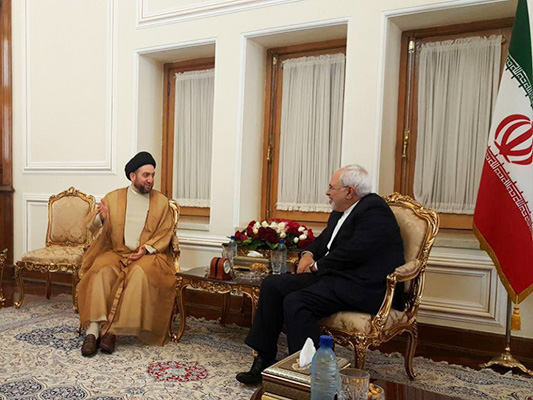 Iranian Foreign Minister Mohammad Javad Zarif has held talks with Ammar Hakim, the Head of the Islamic Supreme Council of Iraq (ISCI), on the latest developments in the Arab country.

During the Monday meeting held in Tehran, Zarif and Hakim conferred on the most recent political and field developments in Iraq, particularly the fight against ISIS terrorists.

The two sides also exchanged views on bilateral relations between Tehran and Baghdad.

The meeting came as Iraqi forces are on verge of retaking the northern city of Mosul, the self-proclaimed capital of the ISIS terrorist group.