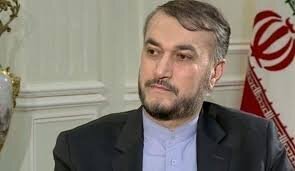 Iranian Foreign Minister Hossein Amir Abdollahian has described the Azerbaijani president’s comments on Iran’s concerns about foreign presence at it borders as “promising”.

“On our concerns, the Azerbaijani president had promising comments [during his meeting with his Iranian counterpart] and reiterated that Baku will act accordingly,” Amir Abdollahian said in an Instagram post.

“The will of the president is all-out expansion of ties. Cooperation in the fields of transit, energy, tourism, culture, … is among the topics reiterated and agreed by both sides.”

The foreign minister also described relations between the two countries and nations as “beyond being neighbors” and into “kinship”.

He also said Tehran and the Azerbaijan Republic had important political, diplomatic and security consultations a day before the presidents’ meeting, stressing that Iran will continue to expand ties with the neighboring countries.