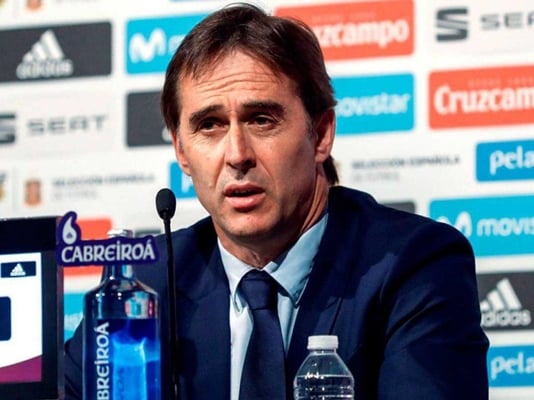 Lopetegui says he and his assistants have gained a good knowledge of the Iranian national team and its head coach.

Speaking to IRNA’s correspondent in Madrid, Lopetegui s`aid Iran’s head coach Carlos Queiroz has been working with Team Melli for many years, and during these years, Queiroz has launched an interesting plan for the country’s football which has led to significant growth of the team in technical areas.

He went on to say that the Iranian national football team has a great sense of belonging which prompts its players to work within a regular plan. “This has led to a competing sense among them and this will put us in trouble during our competition.”

Head coach of Spain went on to say that Iran also has the experience of attending world cups in the past and performed well during those competitions. “Iran has made great progress in football over the past years and will emerge as a fierce rival for Spain.”

Iran’s national football team is in Istanbul to hold a training camp in the country. The team will face Turkey football team on May 29 in a friendly match as part of its preparation for the 2018 World Cup.

The Team Melli has been drawn in Group B of the 2018 World Cup along with Morocco, Spain and Portugal.

It will open the campaign with a match against Morocco at Saint Petersburg on June 15. Team Melli will later face Spain in Kazan on 20 June before meeting Cristiano Ronaldo’s Portugal in Saransk five days later.