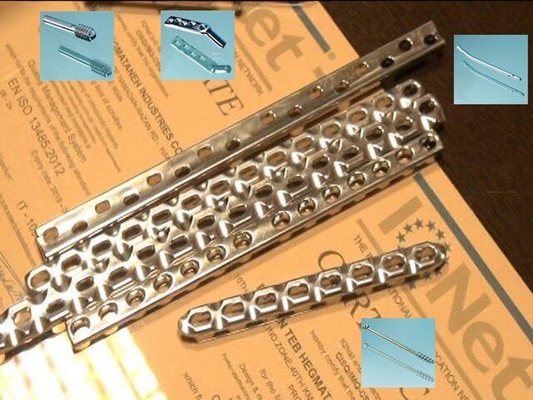 Researchers at a knowledge-based company in Iran have designed and developed orthopedic products that can cure different types of bone cracks, hitting Asian and European markets despite the US sanctions.

Project manager Farshid Allahyari says the company began its activities in the domain of producing orthopedic prostheses in 2007.

“The raw materials for these prostheses are imported from Germany, but the entire process of design and production takes place at this company,” he told ISNA.

He said the products are made of stainless steel and titanium which are compatible with the human body.

“The orthopedic items produced have high quality. Moreover, we have managed to receive the CE certificate, and we are the only exporter of these products in the country,” he noted.

“The orthopedic products include different types of plaques, nails and screws, which can be used to treat various kinds of traumas and cracks in the arm, shin, pelvis, wrist and fingers,” he said.

He noted the products are under insurance coverage.

“At the moment, more than 200 medical centres in the country are using these products,” said Allahyari.

He also touched upon the export of the products.

“Countries in Southeast Asia and the Middle East, including Iraq, Syria and Lebanon as well as France, Italy and Germany have been among our target markets,” he said.

“We managed to export the products with the support of Innovation and Development Fund,” he noted.

According to the senior researcher, the company has opened representative offices in Sweden and Germany.