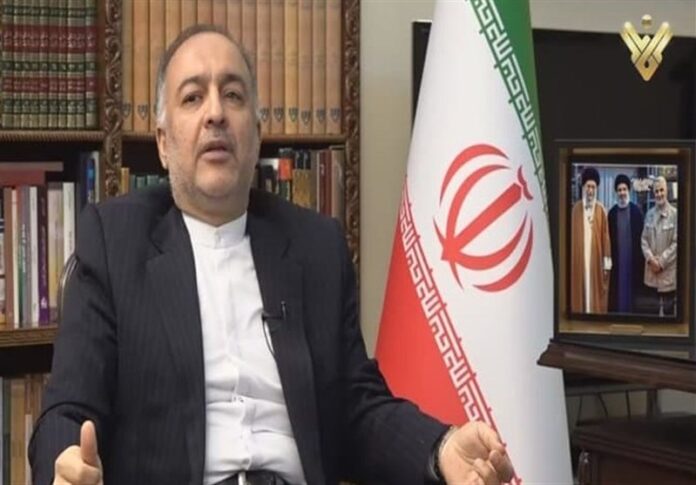 Iran’s ambassador to Damascus says Tehran will stand by Syria to counter the western sanctions.

Mahdi Sobhani told Lebanon’s al-Manar TV Channel that
Iran is cooperating with Syria on this issue and will spare no effort to ensure Damascus wins the fight against the sanctions.

The Iranian ambassador noted that Tehran believes Syrians will also overcome the sanctions.

He also implied that the fuel shipments through Syria to Lebanon were partially aimed at smashing the anti-Syria sanctions, stressing “We found a way out and created a new opportunity to overcome the enemy, whenever we were subjected to pressure by enemies”.
Sobhani added the fuel shipments show the resistance front turns every threat into an opportunity and that enemies will not be able to stand in the way if the resistance front, and especially Hezbollah Secretary General Seyed Hassan Nasrallah, decides to take an action.

Iran has sent several fuel shipments via Syria to Lebanon over the past months to help quell its fuel crisis, despite opposition by the US.

“At the climax of the war and fight on terrorism, the US government imposed its toughest economic pressure, or its so-called maximum-pressure campaign, during the [Donald] Trump administration against us,” he said, adding that the same people later acknowledged that they failed and were after interaction with Iran.

“Iran was and remains under the toughest sanctions and pressures by the enemies,” he added.