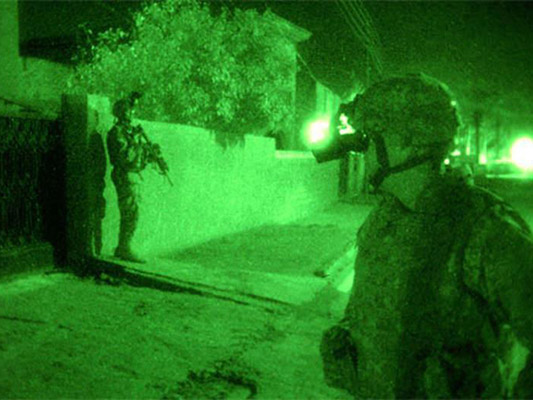 The device can track and detect the subject in the dark using IR and thermal waves, according to a Farsi report by Mehr News Agency.

The lens of the goggles must be designed very carefully in such a way that IR and thermal waves can pass through it. The lens is made of ceramic structures which need special powders. Iranian researchers have used nanotechnology to produce the powders, so that light will pass through them.

The nano-powders go through a special process turning into ceramic structures. Then they are coated and the lens is made. IR and thermal waves can pass through the lens. The heat is shown white on the screen. The body of each individual has a temperature which helps the goggles detect him/her.

The goggles have been produced in the country for years, and is now upgraded thanks to nanotechnology. The thermal night-vision goggles have both commercial and military applications.

Researchers from major Iranian universities have contributed to the project. The company developing the night-vision goggles, Sairan Eletro-Optical Industries, has been recognized as one of the top domestic firms working in the field of nanotechnology.